‘What we’ve been learning and learning from’

“If you see me on the street, feel free for the rest of my life to call me Bunk.”

“When making a ‘brave’ stance as a public figure, the rule should be to only go after the oppressors.”

“He felt that he had been trifled with; that the preacher had deceived him.”

“Like it or not, we bring ourselves and our biases to every translation and every reading of the text. We can’t help it.”

“The question I would like to ask pastors and counselors who work in ex-gay ministries is: How would you feel if your own heterosexual child was about to marry someone deemed ‘ex-gay’?”

“The biggest workforce in America can’t put food on the table except when they go to work.”

“We’re now deep into a post-New Deal economy, and the low-wage work, wage theft, unpaid overtime and job insecurity — in the technical parlance of economists, the shit jobs — that abounded before the New Deal have returned in full force.”

“I can only stop talking about racism, when it ceases to be a significant force in our politics.”

“Step 9: The story is by now a national controversy, without there ever having been a word of truth to it.”

“Conservative activists and Fox News took a leap, changing planes to drones, to spread a bogus meme about the Obama administration targeting Nebraska cattle farmers with the same technology used to target al-Qaida in Pakistan.”

“It was never true. The EPA isn’t using drone aircraft — in the Midwest or anywhere else.”

“Republicans willing to talk about policy will admit that, yes, if Romney had won the 2008 election, nearly all the Republican politicians now condemning nationwide RomneyCare would be its biggest boosters.”

“Government is not simply a necessary evil; so long as it acts within its proper boundaries and in a responsible fashion, it has a positive and constructive role to play in human affairs.” 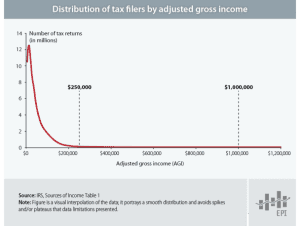 “Catholic Relief Services, the bishop’s international relief and development agency, receives 80 percent of its funding from the federal government.”

“Robert George is too accustomed to living off of the gay-bashing bigotry cash cow; how do you think he got $785,000 to pay a podunk academic to carry out his election year anti-gay hit job?”

“Since 2006, clergy abuse survivors, and others, have been asking the Southern Baptist Convention to implement denominational safeguards against clergy child molesters.”

“The doctor and the mother of the pregnant 9-year-old got the boot for approving an abortion, but not the stepfather who had sexually assaulted the child, probably over a period of years.”

“Bishop Lori — you really don’t know if the document you have spent the better part of the last 18 months criticizing does or does not allow for an entire religious group to exempt itself from its reach?”

“So, Antonin Scalia waited until he was 76 years old, and had been a justice on the high court for more than a quarter of a century, and then he decided his perspective, rulings, and understanding of the Commerce Clause were all wrong — just in time to rule against a Democratic health care law that features a Republican idea that was assumed by everyone to be entirely constitutional.”

After Scalia, Roberts, Alito, Thomas and Kennedy repeal the Affordable Care Act, this will be the norm.

June 24, 2012 Evolution and the profit motive behind evangelical tribalism, in 8 panels
Recent Comments
74 Comments | Leave a Comment
Browse Our Archives
get the latest updates from
slacktivist
and the Patheos
Progressive Christian
Channel
POPULAR AT PATHEOS Progressive Christian
1