Chick-fil-A Flustercluck: The Day After

“Had there been a Fox News back in 1960, I’m sure there would have been a Woolworth’s Lunch-counter Appreciation Day, too.”

“The people who organized boycotts of these bigots and the places they represented back then were similarly accused of ‘intolerance’ at the time.”

“If Mike Huckabee had declared yesterday ‘Homeless Appreciation Day,’ would the response have been even half as large and loud?” 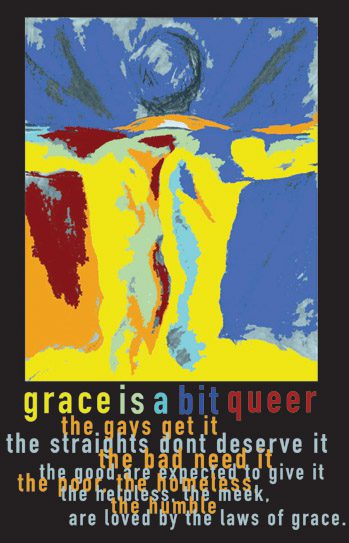 “It’s a systemic pattern of discrimination for a certain way of being a ‘family.'”

“Please stop redefining Christianity as a superficial cultural tribe that self-identifies through its particular tastes in facial hair, ‘relevant’ fashion, political stances, and the culture war loyalty test of the week.”

“‘I call it hater appreciation day,’ said Andrew, who asked that his last name be withheld out of fear he’d be fired. ‘It’s very, very depressing.'”

“Realize that behind this debate are real people — kids like the girl in Kentucky who fear for their safety, women like Sally Ride’s widow who are denied their spouse’s Social Security benefits.”

“Yes, Jane would know what you thought of her, and Jane would be right.”

“To fear the anger and resentment of your neighbors for being who you are is not the freedom that the American dream promises.”

“Supporting the treatment of gays and lesbians as criminals is not compatible with being a free country with protection of freedom of speech, any more than slavery or segregation were.”

“One of the cases involved Aziz Latif, a former Chick-fil-A restaurant manager in Houston, who sued the company in 2002 because he was fired a day after refusing to participate in a group prayer to Jesus Christ at a company training program. Latif is a Muslim.”

“A dog whistle-y way to say ‘God Hates Fags,’ topped with two pickles and served on a bun.”

Wayne Self: “This isn’t about mutual tolerance because there’s nothing mutual about it.”

If we agree to disagree on this issue, you walk away a full member of this society and I don’t. There is no “live and let live” on this issue because Dan Cathy is spending millions to very specifically not let me live. I’m not trying to do that to him.

Asking for “mutual tolerance” on this like running up to a bully beating a kid to death on the playground and scolding them both for not getting along. I’m not trying to dissolve Mr. Cathy’s marriage or make his sex illegal. I’m not trying to make him a second-class citizen, or get him killed. He’s doing that to me, folks; I’m just fighting back.

All your life, you’re told to stand up to bullies, but when we do it, we’re told we are the ones being intolerant? Well, okay. Yes. I refuse to tolerate getting my ass kicked. “Guilty as charged.”

But what are you guilty of? When you see a bully beating up a smaller kid and you don’t take a side, then you are taking a side. You’re siding with the bully. And when you cheer him on, you’re revealing something about your own character that really is a shame.

Dallas Stevens: “I was undone“

As I spoke, I became overwhelmed and started to cry.

To my surprise, a woman who wore a “gay” American flag came to me and hugged me as to comfort me.

Here I was trying to show kindness, and it was being shown to me.

Either way, it set my heart on fire.

I still do not know how to process this.

August 3, 2012 Up to Us
Recent Comments
429 Comments | Leave a Comment
Browse Our Archives
get the latest from
slacktivist
Sign up for our newsletter
POPULAR AT PATHEOS Progressive Christian
1