BioLogos has listed what it calls “Core Tenets or Assumptions of Theistic Evolution.” I mostly agree with them, but I am not a theistic evolutionist and I do not “believe in” evolution.

Well, actually, let me qualify that a bit: I do not accept the label of “theistic evolutionist.” I cannot really say, with certainty, that I am not one because I cannot be certain what that phrase means. I understand each of those words, separately, but squish them together like that and I can’t make sense of what it is that is being said.

From just a cursory glance, it might seem that this label describes me perfectly. Here are two true statements about me:

2. I acknowledge and affirm the reality of evolution.

If that is all this label meant — if a “theistic evolutionist” is defined as “a person for whom both of those things are true” — then it would certainly seem to apply to me. 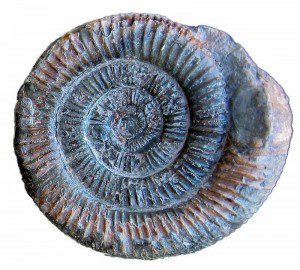 But that cannot be what this phrase means. Both of these words mean things, and neither one can mean that.

Let’s start with the latter: I am not an evolutionist.

So why, then, should my identical layperson’s appreciation and acknowledgement of evolution make me an “evolutionist”?

It shouldn’t. It doesn’t.

And, secondly, we do not speak of people “believing” in chemistry or astrophysics. That word — “believe” — gets applied to evolution because, again, we’re pretending that evolution is a special case.

And, again, evolution is not a special case.

And so is evolution. Evolution is not a special case.

So I do not “believe in” evolution, I simply acknowledge and affirm its actuality.

Now let’s look at that other word, “theistic.”

My belief in the existence of God makes me a theist. This noun, “theist,” means exactly this: a person who believes in the existence of a God or Gods. “Fred is a theist” is, therefore, a correct statement. I generally prefer a more specific statement, such as “Fred is a Christian,” which conveys a bit more about the identity and character of the God I believe exists. But while it’s less specific than I’d like, “Fred is a theist” is accurate and correct.

Given that — given that I am, explicitly, a theist — can we at least concede that the first part of the label “theistic evolutionist” might be appropriate to apply to me?

Or, rather, not to evolution itself, but to some qualified form of it. Not evolution, but “theistic evolution.”

And, again, I don’t know what that means.

We might guess that “theistic evolution” refers to the perspective of Christians and many other theists that God is ever-present and that nothing is separate from God’s over-arching providence — that by God “all things consist,” as the Apostle Paul wrote. Perhaps this is all this adjective signifies here.

But I’m afraid that won’t do. If the word is simply meant to express something that all Christians believe to be true of every process and phenomenon, then we must somehow account for the fact that we do not use it in reference to any other such process or phenomenon.

The exceptional use of this term — the application of this adjective to this particular noun but not to any of the myriad other similar nouns — suggests again that we must treat evolution as some kind of special case.

But evolution is not a special case.

This is getting long, so let’s pick this up in part 2, to discuss some other possible things that “theistic evolution” might mean, and why it cannot (or should not) mean them either.

Rewriting the Sermon on the Mount (Part 1...
Our reading this week from the sermon on the mount gives us...
view all Progressive Christian blogs
What Are Your Thoughts?leave a comment