Why I am not a ‘theistic evolutionist,’ etc., part 2

In the first part of this discussion, I objected to the idea that the modifier “theistic” in “theistic evolution,” might simply refer to the believe held by us theists of God’s pervasive providence. 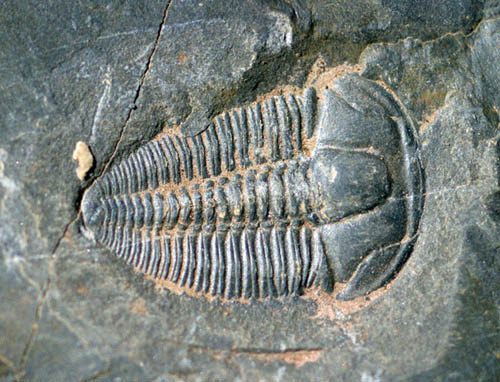 We don’t use that word that way. So how do we actually use this word “theistic”?

One way is in order to distinguish something from its binary opposite. We may say that something is “theistic” in order to clarify that it is not “atheistic.”

But that begs the question instead of answering it. And yet again we find ourselves up against the implication that evolution is some kind of special case — specifically that, somehow, it carries some unique presumption of atheisticity (atheisticality?). And that, in turn, brings us back to the same problem: Why should we imagine some presumed quality attached to evolution when we do not make the same presumption about any of the myriad other natural processes we have also observed and studied?

Again, it would seem weird to speak of atheistic photosynthesis or atheistic quantum physics or atheistic fusion because we correctly understand that metaphysical claims of atheism or theism are wholly separate and distinct from what we can observe and learn and know about these physical processes. The same ought to be true for evolution, unless evolution is some kind of special case.

But evolution is not a special case. It is not magically imbued with some intrinsic metaphysical aspect that separates it from all of those other processes.

So what is it about evolution that makes us keep trying to treat it as an exception, as though it is a special case?

One guess is that it has something to do with the Bible — with the idea that evolution is unique because, unlike photosynthesis, it seems to contradict the words of scripture.

But evolution is not unique in this regard, and this still cannot account for why we seem so determined to singled out evolution and not, for example, the germ theory of disease, or a heliocentric model of the solar system.

In order to perceive the alleged conflict between the Bible — specifically, the creation stories in Genesis 1-3 — and the reality of evolution, one has to employ a particular hermeneutic, a particular system for interpreting the Bible. That hermeneutic is selectively and spastically literalistic, disregarding the metaphysical concerns of the ancient storytellers and twisting them into modern-style scientific and historical claims. Apply that same hermeneutic to the rest of the Bible and evolution will not be the only natural process that conflicts with “what the Bible says.” This hermeneutic also demands the thorough rejection of modern medicine, of meteorology and of astronomy. Yet few of the Christians who deny the reality of evolution “because of the Bible” seem equally eager to deny the reality of any of those other “unbiblical” natural processes.

And, more to the point, Christians who happily accept the reality of all of those other processes are not called on to qualify that acceptance by saying they only believe in theistic disease, or theistic meteorology, or theistic astronomy.

And that point also illustrates another reason I’m uncomfortable with the label “theistic evolutionist” and the term “theistic evolution.” Imagine you meet a local news weather forecaster at a party. “Ah, so you’re a meteorologist?” you ask.

That distinction, you would reasonably suspect, implies that she’s referring to something distinct — that, whatever it means, “theistic meteorology” refers to something different from and something other than that which we typically refer to as simply “meteorology,” without such qualification.

Might something like that be what that odd phrase “theistic evolution” is meant to imply? Is it meant to suggest that we’re talking about something distinct from and other than simple, unqualified “evolution” — something other than the natural process we have observed and studied and fruitfully built upon as the foundation for all of biology?

I hope not, because then we’d be back to that old will-o-the-wisp of the god of the gaps. And that ever-diminishing entity doesn’t strike me as a deity worth bothering to believe in.

I noted in the previous post that we refer to people who believe in the existence of God — people like me — as “theists.” And we thus also refer to the beliefs of such people as “theistic.” But it would be idiomatically awkward and unnatural to describe a theist as “theistic.” That’s not how we use that word. “Theistic” is not an adjective we usually attach to people. It’s an adjective we usually use to qualify metaphysics.

But evolution is not a special case. It is no more intrinsically metaphysical than photosynthesis, or condensation, or thermodynamics.

Just like those other processes, evolution makes no claims as to the existence or non-existence of God. Nor does it require us to make or to reject any such claim.

If a theist at sea level heats water to 212 degrees Fahrenheit, the water will boil. If an atheist does the same thing under the same conditions, the atheist will get the same result. There is no such thing as the “theistic boiling point of water.” The boiling point of water is not contingent upon the metaphysical perspective of any given human who might be observing it. Nor is evolution.

Evolution is not a special case.

September 4, 2012 Do 'something awesome'
Recent Comments
135 Comments | Leave a Comment
"so no idea but i thought i put it out there, i'm trying to find ..."
Seed of Bismuth 10/4 Flashback: Settle down, Francis
"Nope, the only line crossed here is the one that lets him think he is ..."
dejlah 9/29 Flashback: One version of the ..."
"Since House of the Dragon and Rings of Power are both airing, I've been pondering ..."
Matticus Sign o’ the times, mess with ..."
"This game:https://uploads.disquscdn.c...You are literally a plumber, doing literally plumber things, like fixing a clogged sink. ..."
Matri Sign o’ the times, mess with ..."
Browse Our Archives
Related posts from slacktivist