But if homosexuality isn’t ‘objectively immoral,’ then Anything Goes …

One of the most common and most popular objections that arises whenever anyone acknowledges that homosexuality is not “objectively immoral” is the argument that somehow this means that “anything goes.”

“If we start affirming then all of morality goes right out the window. If we don’t say that gayness is objectively immoral, then the world has gone mad today and good’s bad today and black’s white today and day’s night today …”

I do not understand this argument. 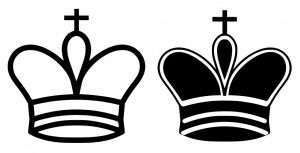 The majority of the people making this claim do not believe that heterosexuality is “objectively immoral.” Yet none of them believes that, therefore, “anything goes” for straight people. Affirming heterosexuality has not meant that all of morality has gone out the window, so why would affirming the exact same thing about homosexuality produce such chaos and calamity?

The panicked assertion that it would do so comes, I think, from these Christians’ failure to develop any credible sexual ethic.

What they rely on, instead, is a single yes-or-no question. The entirety of their ethical thinking and ethical consideration regarding sex and sexuality consists of asking that one question. Everything else — the entire universe of vitally important ethical concerns — is swept away, dismissed, and replaced by this question: Are the parties involved married to each other?

That has come to be relied on as a substitute and a proxy for every other ethical matter that matters when it comes to sex: love, consent, commitment, fidelity, trust, betrayal, kindness, cruelty, respect, mutuality, reciprocity, honor, malice, liberation, exploitation, manipulation, safety, honesty, dishonesty, magnanimity, joy …

All of that and more is meant to be confirmed or contradicted by that one married/unmarried binary question. And that’s too much for this one question to handle. Marriage is not any kind of guarantee that all of those virtues will be present and all of those vices absent. Marital status cannot be the be-all and end-all of sexual ethics. (Libby Anne has a terrific discussion of this in her “tale of the two boxes.”)

I don’t think this ethical immaturity is limited to sexual ethics. The lack of a coherent Christian sexual ethic is likely just a consequence of a more general lack of ethical thinking. American Christians often have long lists of “Dos” and “Don’ts,” but little understanding of, or interest in, why any given item is in one column and not the other.

Sexual ethics, after all, are not a wholly separate and distinct thing. Sexual ethics mostly consists of taking our existing ethics and keeping them with us when it comes to matters of sex — of ensuring that we do not shed our ethics when we shed our clothes. That’s important, because sex tends to involve us at our most vulnerable. We’re naked — exposed and unarmored and enamored.