Jesus declares his priorities in his first sermon

To understand who Jesus was and who Jesus declared himself to be, we can have no clearer signal than the very first sermon he gave, in which Jesus established the priorities of his ministry.

And he came to Nazareth, where he had been brought up: and, as his custom was, he went into the synagogue on the sabbath day, and stood up for to read. 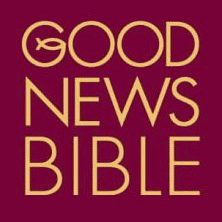 And there was delivered unto him the book of Leviticus. And when he had opened the book, he found the place where it was written:

If a man also lie with mankind, as he lieth with a woman, both of them have committed an abomination: they shall surely be put to death; their blood shall be upon them.

And he closed the book, and he gave it again to the minister, and sat down. And the eyes of all them that were in the synagogue were fastened on him.

And he began to say unto them, This day is this scripture fulfilled in your ears.

September 24, 2012 Whosoever doeth this the same hath great cause to repent
Recent Comments
41 Comments | Leave a Comment
Browse Our Archives
get the latest updates from
slacktivist
and the Patheos
Progressive Christian
Channel
POPULAR AT PATHEOS Progressive Christian
1