In 15 pages, Buck Williams is going to have a crisis of conscience.

He will be shocked by his own sinful lapse into unregenerate behavior and will think, with horror, “So, the old nature is still just under the surface.”

That image of “the old nature” comes from St. Paul. Those who are redeemed in Christ, Paul said, would be made anew, transformed into new creatures as part of a new creation. It’s kind of Paul’s earlier version of the “born again” image in John’s Gospel. 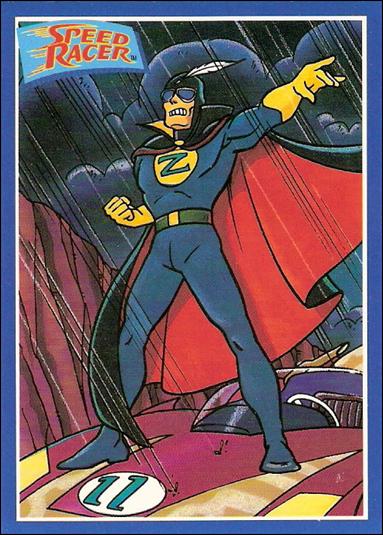 This image of a battle between our “old nature” and our reborn, sanctified selves is a favorite in sermons on evangelical piety, and thus this would be a familiar phrase for the born-and-raised evangelical readers Jerry Jenkins is addressing here.

As we’ve noted many times, though, such phrases should not be as familiar to Buck Williams, who was never a church-goer until his post-Rapture conversion. I suppose that here, after the “18 months later” time-skip at the end of the last book, Buck has had time to become more immersed in the culture and jargon of his new evangelical family. But before that time-skip it was always amusing to note how Buck’s recitation of the sinner’s prayer instantaneously imparted to him a comprehensive familiarity with every aspect of evangelical culture, a native-speaker’s flair for its idioms, and an encyclopedic knowledge of the bits of the Bible that the authors read.

Buck’s instant transformation into an evangeliclone isn’t just a silly continuity error or a bit of unrealistic writing. It’s also a missed opportunity — or a rejected opportunity — that reveals something about the authors’ agenda for these books. Showing Buck as someone new to the faith, as someone struggling to understand new ideas, would have been a good way to reach out to readers who were themselves new believers or not-yet believers. But the authors skipped all that, automatically zapping Buck into a fully formed, life-long evangelical Christian — someone just like the readers they have in mind.

This is something that separates the Left Behind series from the rest of the pop-prophecy genre, fiction and non-fiction alike. Read Hal Lindsey or watch the Thief in the Night movies of Donald W. Thompson and you’ll see a desperate effort to evangelize — to reach the unsaved before it’s too late. That effort was often awkwardly over-earnest or unintentionally offensive to the very people they were trying to save, but those writers were, undeniably, trying to save people. They were trying to save you, because they believed that Very Bad Things would happen to you if you did not get saved and they did not want to see Very Bad Things happen to you.

Tim LaHaye and Jerry Jenkins do want to see Very Bad Things happen to you. They’re disturbingly eager and excited for it. The authors can’t wait until it’s too late for all the sinners. They long to see Jesus start punishing them with earthquakes, locusts and pestilence before ultimately coming back, killing them all, and then bringing them back from the dead just so they can be sent to eternal torture in Hell. This is what those sinners deserve, LaHaye and Jenkins say, because they didn’t listen to LaHaye and Jenkins like they should have.

And but so, what prompts Buck’s crisis of conscience at the end of these 15 pages? What is it that he does that causes him to recoil at his own behavior, lamenting that “the old nature is still just under the surface”?

He says a swear word.

It’s not clear which one — L&J and Tyndale, of course, did not print the word he says. From the context, though, I’m guessing it was the D-word: Darn it!

Buck dialed the number in the Range Rover. How many dozens of times had he done this now? He knew the routine by heart. … He pressed the phone to his ear. “The mobile customer you have called –” Buck swore and gripped Verna’s phone so tightly he thought it might break. He took a step and pulled his arm back as if to fire the blasted machine into the side of a building. He followed through but hung onto the phone, realizing it would be the stupidest thing he had ever done. He shook his head at the word that had burst from his lips when that cursed recording had come one. So, the old nature is still just under the surface.

We’ve just skipped over 15 pages — some of which involves Rayford scenes that we’ll come back to later — so let’s go back and see how Buck wound up here, on the sidewalk, cursing at this betrayal by the very device he has always loved and served.

Buck is racing towards Chicago in a borrowed car, desperately searching for his wife who was trying to flee the city but crashed as the bombs began to fall.

Verna Zee’s car was a junky old import. It was rattly and drafty, a four-cylinder automatic. In short, it was a dog. Buck decided to test its limits and reimburse Verna later, if necessary.

Pride, St. Paul warned, is a mark of our old nature.

Much of the pages that follow give us another taste of Jenkins’ approach to writing an exciting car-chase scene, which is to portray it as just like commuting, except faster:

What he didn’t know was whether she would take Lake Shore Drive (which locals referred to as the LSD) or the Kennedy. This was more her bailiwick than his, but his question soon became moot. Chicago was in flames, and most of the drivers of cars that clogged the Kennedy in both directions stood on the pavement gaping at the holocaust.

If you’re wondering how there’s anything left to gape at, and anyone left to do the gaping, it’s because in these books nuclear bombs are apparently rather small and not radioactive (they seem a lot like conventional bombs, except, somehow, nuclear).

The next several pages give us scene after scene of Buck trying to make his way through disaster-area traffic. Throughout all of this, he is again portrayed as an aggressive driver, constantly on the lookout for ways to outsmart and outmaneuver anyone who gets in his way. The highway is a jungle, and Buck is determined to be king of the jungle:

When he whipped Verna’s little pile of junk onto the shoulder, he found he wasn’t alone. Traffic laws and civility went out the window at a time like this. …

The biggest jam-ups came at the bridge overpasses where the shoulders ended and those fighting to go around stalled traffic had to take turns picking their way through. Angry motorists rightfully tried to block their paths. Buck couldn’t blame them. He would have done the same in their places.

Buck left the expressway and picked his way though side streets for more than an hour until reaching Evanston. By the time he got to Sheridan Road along the lake, he found it barricaded but not guarded.

… He had bounced over a couple of curbs and couldn’t avoid smashing one traffic barrier where Sheridan Road jogged to meet Lakeshore Drive. All along the Drive he saw cars off the road, emergency vehicles with lights flashing, and disaster relief specialists trying to flag him down. He floored Verna Zee’s little car, and no one dared step in front of him. He had most of the lanes open all the way down the Drive, but he heard people shouting, “Stop! Road closed!”

Nowhere is Buck’s selfish, aggressive dickishness behind the wheel ever portrayed as anything other than a positive — as evidence that he’s a take-charge, can-do man’s man. Neither he nor the authors seems to realize that their concept of a manly man is almost indistinguishable from St. Paul’s portrait of the self-centered “old man” of our old nature. They view his aggression as justified here because he’s in an emergency — he’s trying to find his wife. It never registers for Buck or the authors that, with Chicago “in flames,” everyone else is in an emergency too. They don’t even seem to grasp that those “emergency vehicles with lights flashing” might be in an emergency, or that by interfering with “disaster relief specialists” Buck is probably interfering with disaster relief.

In post-disaster Chicago, Buck is basically like Billy Zane in Titanic, racing to shoulder his way into a lifeboat before somebody else claims the seat. But here the authors expect us to be cheering for Billy Zane.

The barricade that shut down Lake Shore Drive and the exit looked like something from the set of Les Miserables. Squad cars, ambulances, fire trucks, construction and traffic horses, caution lights, you name it, were stretched across the entire area, manned by a busy force of emergency workers. Buck came to a screeching halt, swerving and sliding about 50 feet before his right front tire blew.

The thing about coming to a “screeching halt” — apart from the cliché — is that once one arrives at a halt, one ought to be halted, and not sliding another 50 feet, blowing a tire, and spinning around into a crowd of “emergency workers.” But eventually, Buck comes to an actual halt and finds himself in trouble with a policewoman:

She thrust her weapon through the window and pressed it to his temple. “Both hands where I can see ’em, scumbag!”

Are you picturing Angie Dickinson in the 1970s TV show Police Woman? Because even if you’re not, I’m pretty sure Jerry Jenkins was when he wrote that bit of dialogue.

We’re still several pages away from Buck’s self-flagellation for saying a naughty word. In the course of those pages (which we’ll get to in a future post) he continues to be self-centered, threatening, rude, short-tempered, impatient, unkind and spiteful toward several emergency personnel and to Verna and Loretta over the phone.

Buck does not chastise himself for any of that. Nor do the authors at any point or in any way suggest that any of that is less than exemplary Christian behavior. It’s simply Buck being a manly man, just like Jesus.

October 27, 2012 Fighting for a system built to fail
Recent Comments
186 Comments | Leave a Comment
Browse Our Archives
get the latest from
slacktivist
Sign up for our newsletter
POPULAR AT PATHEOS Progressive Christian
1