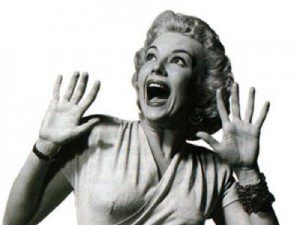 They were wrong. “American girls who receive the CDC-recommended HPV vaccination at age 11 and 12 aren’t any more likely to turn up pregnant, STD-infected, or on birth control pills three years later.”

So now those folks will have to come up with some other ethical guidance for their daughters other than “OMG! Abstain until you’re 30 or you’ll get human pappilomavirus and die!”

Maybe, just maybe, fear of disease isn’t the optimal core of good character or the optimal basis for good behavior.

And maybe, just maybe, preventing cancer might be more “pro-life” than scoring cheap tribal political points by anti-science fear-mongering over anything and everything having to do with ladyparts.

Apparently this is not his first such foray into birtherism. I knew Boone was conservative, I didn’t realize that he has quite a history of loopy, racist WorldNetDaily-type stuff.

The racism doesn’t harm Pat Boone’s status as a beloved “evangelical Christian” celebrity. He’s anti-abortion and anti-gay and isn’t accused of adultery, so he’s OK with the tribe. No matter how enthusiastically Boone disgraces himself, he remains in the good graces of evangelicalism.

That tribe still doesn’t seem to realize that no one will ever begin to trust it’s moral judgment on adultery, sexuality or reproductive health until it begins to display better moral judgment on racial justice.

Speaking of pop stars and religion, it’s been 20 years since Sinead O’Connor was wrongly condemned and mocked for tearing up a picture of Jerry Sandusky on Saturday Night Live.

Many people were appalled and O’Connor’s career in America never recovered.

Sandusky was a respected official, after all, and she had a lot of nerve criticizing him and suggesting that there was something rotten at the core of the revered institution he represented.

Kris Kristofferson was almost alone in getting it right. (Bob Dylan got it wrong. And he still hasn’t apologized for that. He needs too.)

(The common thread there is that you can be forgiven for almost anything except for being right about something very important years before everyone else comes around.)

October 29, 2012
Walls, women and an ongoing argument
Next Post

October 29, 2012 Revisionist memory: White evangelicals have always been at war with abortion
Recent Comments
68 Comments | Leave a Comment
"https://uploads.disquscdn.c..."
reynard61 A little leaven leaveneth the whole ..."
"How much flashing is there? I picked up thhe Baldur's Gate remake but couldn't play ..."
Marja Erwin 6/27 Flashback: Even so
"Not so much. Leading a class in prayer, even with no official authority to punish ..."
WingedBeast 6/27 Flashback: Even so
"TERFs are generally fanatics and, by definition, have lost all sense of perspective."
Turcano 6/27 Flashback: Even so
Browse Our Archives
Related posts from slacktivist