For evangelicals, racism isn’t a dealbreaker, but feminism is

Remember our old friend Douglas Wilson? He writes and speaks for the patriarchal neo-Calvinist “Gospel Coalition,” and is the author of many books sold at Christian bookstores across the country — including the large LifeWay chain.

Wilson caused a stir earlier this year when his description of godly marital sex was, well, horrifically rapey. Wilson wrote:

However we try, the sexual act cannot be made into an egalitarian pleasuring party. A man penetrates, conquers, colonizes, plants. A woman receives, surrenders, accepts.

That prompted many of us to take a closer look at this guy and to wonder how it was that he had come to be a respected voice in American evangelicalism. We wondered this even more when we learned that Wilson isn’t only a proponent of rape culture, but also an apologist for slavery. 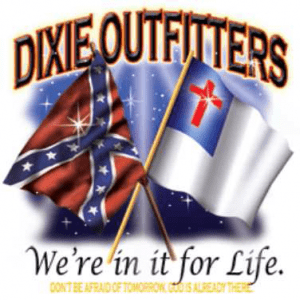 LifeWay, to their very slight credit, at least doesn’t carry the book the Douglas Wilson co-wrote with white supremacist and League of the South co-founder Steve Wilkins, Southern Slavery: As It Was. Yet the fact that Wilson co-wrote a book with a white supremacist, and that this book argues that slavery was not really all that bad, apparently does not affect LifeWay’s thoughts about carrying other books by the same guy.

Douglas Wilson remains an unchallenged member in good-standing of the evangelical tribe. Just like anti-anti-colonialist and Afro-phobic “scholar” Dinesh D’Souza was before allegations of adultery clouded his name in a way that confirmations of race-baiting never did.

Mainstream evangelicalism — including institutions like Christianity Today and LifeWay — pays lip-service to “racial reconciliation,” but it has never been mandatory. You cannot be pro-gay, pro-choice or feminist and remain an unchallenged or un-“controversial” member of the evangelical tribe. But as Wilson, D’Souza (and let’s not forget Richard Land) confirm, you can espouse racially biased views without that ever prompting anyone to ask if you are really an evangelical.

As long as you continue to repeat the right phrases about God, gays and gynecology, you can say whatever vile things you want to about slavery, or Africa, or “race hustlers,” without any worry that it might provoke questions about your godly evangelical bona fides. You can be a vicious racist, but as long as you’re an anti-abortion, anti-gay racist who talks about the “authority of scripture” like its the fourth member of the Trinity, then you’re golden.

Just think back to the long Republican primary contest with its endless series of debates. In January, Chauncey DeVega listed his picks for the “10 Most Racist Moments of the GOP Primary (So Far).”  It’s an appalling, but by no means comprehensive, list. And the primary campaign still had more than a month to go.

Most of what DeVega chronicles there were statements or actions taken in an effort to appeal to evangelical voters. The main strategy for winning such voters was to try to position yourself as more anti-abortion than the other candidates — contraception is murder! De-fund anything with the word “clinic” in its name! — but once all the candidates clustered together around the same extreme positions on that point, the next step was to try to appeal to white grievance and white resentment. Candidates sought to nurture such resentment wherever it existed, and to create it from scratch in the rare places where it couldn’t otherwise be found.

Remember all the principled evangelical push-back against those efforts? No? Me neither, because that never happened. Here are some things you never heard during the GOP primaries: “Newt Gingrich drew criticism from evangelical voters for his racially charged attacks on ‘welfare queens.'” Or “Michele Bachmann lost evangelical support due to her comments about immigrants.” Or “Ron Paul’s newsletters flirting with white supremacists alienated the GOP’s evangelical bloc.” Or “Mitt Romney’s use of ‘illegal’ as a noun angers evangelical voters.”

The closest to anything like that ever happening was a brief moment in one debate when Texas Gov. Rick Perry made a Bush-like appeal for something vaguely DREAM-ish — in-state tuition for undocumented students who have lived most of their lives in Texas. That got Perry smacked down by Romney and contributed to his loss of support among evangelical Republicans.

And do we even need to mention Bryan Fischer? Mainstream evangelicals will hurry to argue that people like Fischer are really fundamentalists, not evangelicals. But Fischer uses the E-word himself, and he’s convinced the general public that this is who he is and who he represents. As Warren Throckmorton wrote yesterday:

Conservatives might lament the title “conservative” applied to AFA and Fischer. However, I think it is up to conservatives to police ourselves.

But mainstream evangelicalism is never interested in policing its huge right fringe. It’s too busy picking nits and vigilantly patrolling its “liberal” border for potential heretics. That gives people like Fischer, Charlie Fuqua, John Hubbard and Loy Mauch a free pass. They all exhibit the proper “stance” against abortion and homosexuality, so they’re nowhere near the danger zone on the liberal frontier.

Get those two “stances” correct, and race-baiting, stoking white resentment, and immigrant-bashing won’t ever cause evangelicals to question your legitimacy as part of the tribe. For that to happen, you’d have to say something nice about women or LGBT people.

Take, for example, the case of Brian McLaren. We recently looked at Terry Mattingly’s odious questioning of McLaren’s faith following his celebration of his son’s same-sex wedding. Here is McLaren’s gracious, generous response to a correspondent breaking ties with him over that “stance.”

Or consider again the case of Rachel Held Evans, whose legitimacy is now being questioned by the very same Gospel Coalition to which penetrating colonizer Doug Wilson belongs. The Gospel Coalition imagines itself to be the gatekeeper and the authoritative arbiter of tribal legitimacy, so that means their boy Wilson must be above all question, but this uppity woman must be treated as a threat.

Then there’s the matter of Christopher Rollston. I confess I had never heard of him before, and that I’d missed his recent Huffington Post article, “The Marginalization of Women: A Biblical Value We Don’t Like to Talk About.” That article doesn’t make any novel or unorthodox claims. Rollston simply points out that “women in the Bible were normally viewed as second class, if even that.” Yes. And, also too, no duh. It doesn’t matter if one reads the Bible as a “radical feminist” or as an infallible fundamentalist — Rollston’s point there is objectively, uncontroversially true.

And yet, for reasons not entirely clear, that article has Rollston “facing disciplinary action and perhaps even termination at Emmanuel Christian Seminary” where he is a tenured, and by all accounts well-respected, biblical scholar. He did not violate his professional ethics. He did not run afoul of the seminary’s statement of faith. He didn’t even say anything that any serious biblical scholar — conservative or liberal — would disagree with.

But apparently Rollston’s article angered one wealthy conservative donor at the school. Tenure schmenure, this donor told Emmanuel, get rid of this guy and I’ll make it worth your while. And Emmanuel, apparently, thought that was a good idea. It really, really wasn’t — and the only surprising thing about the ensuing firestorm is that Emmanuel’s administrators seem surprised by it. (James McGrath has good collections of links on this affair here and here.)

Again, all Rollston did was point out that men sure had a lot of rules for women 3,000 years ago — which is much the same point that Rachel Held Evans is making in her new book on “biblical womanhood.” Patriarchal Christians apparently don’t like it when anyone notices that. They’re hoping not to draw too much attention to the marginalization of biblical womanhood until after they have it fully reinstated.

So to recap: If you think women today should have more freedom than they had 3,000 years ago, or if you fail to condemn LGBT people with sufficient relish, then your standing as a legitimate evangelical will be formally challenged and your books will be prohibited from sitting on the shelves at LifeWay alongside those of Dinesh D’Souza and Douglas Wilson. Lovely.

October 18, 2012
Chick-fil-A's Biblical Family of the Day
Next Post

October 18, 2012 With a wide open country in my eyes
Recent Comments
248 Comments | Leave a Comment
"Well, when I couldn't figure out the middle part of the story, I had someone ..."
Jim Roberts 9/26 Flashback: Ichabod
"Given that the tale of Numernor takes place is what is essentially Middle Earth's Age ..."
Professor Rudolf Laschenkohl 9/26 Flashback: Ichabod
"Flagler County School Board incumbent Jill Woolbright … says God placed her on the school ..."
Old Man Shadow Postcards from the class & culture ..."
"More violence, more s3x, more nudity, more profanity. That's what a lot of people mean ..."
Professor Rudolf Laschenkohl 9/26 Flashback: Ichabod
Browse Our Archives
Related posts from slacktivist