‘Biblical Womanhood’: Christian patriarchs trying to blow out a bonfire

That’s from the glowing review of A Year of Biblical Womanhood in People magazine, which praises Evans as “insightful” and “often-hilarious,” and lauds her “gentle but impassioned critique of the Biblical Womanhood movement, which requires women to submit to their husbands’ authority.” This review in such a ubiquitous magazine will not please the husbands and patriarchs of that movement. They can keep Evans’ book out of LifeWay stores, but they can’t keep People out of the checkout lanes at the supermarket. 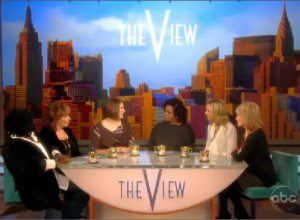 The Powers That Be of Christian patriarchy — The Gospel Coalition, the Southern Baptist bishops, etc. — see Evans as the most prominent example of something that terrifies them. Their male authority depends, largely, on the consent of the governed. And that consent, in turn, depends largely on their maintaining a monopoly on information and permission.

TPTB are losing that monopoly on information and permission. Women are writing things. They are talking to one another outside of officially sanctioned church channels. They are spreading and absorbing information not approved by the patriarchy. They are granting one another permission to ask questions and to demand satisfactory answers. The Christian women bloggers of that Bonfire list represent an existential threat for Christian patriarchy. TPTB wants to extinguish that fire.

And so TPTB of Christian patriarchy have latched onto Evans as a symbol of all those uppity women thinking, talking, writing and asking questions without official permission from their husbands and pastors and bishops. If she can be silenced or denounced or discredited, maybe all those others will learn their lesson too.

The result of this coordinated attack on Evans-as-symbol has been exactly what anyone who is not a power-drunk authoritarian would expect. It has prompted others to rally around and alongside her in solidarity. And that solidarity, in turn, has empowered and encouraged others to raise their voices as well — further threatening the monopoly of information and permission on which Christian patriarchy depends.

To paraphrase Peter Gabriel, you can blow out a candle, but you can’t blow out a bonfire.

Dianna E. Anderson: “A Year of Biblical Womanhood: Understanding and Openness in One Woman’s Journey”

This book is not for those who have already made up their minds. This book is not for the ones who think they have all the answers. This book is not even a point-by-point breakdown of complementarianism and why it is a broken system. This book is for the questioning, for the women in between, for the ones feeling more judged by God and scripture than buoyed and loved. This book – and Evans’ journey – do not provide exact, pat answers to the numerous theological questions that a literal complementarianism raises. Instead, it tells us that questions are okay. Wrestling is okay. The Scripture can take it. God can take it. Being everything to everyone is not a burden you have to carry.

This is a time for clear speech.

I am thankful that Rachel is such a woman, who speaks clearly. She researches, ponders, asks questions, collaborates and speaks out. She’s not intimidated. And for that I am deeply grateful.

I am thankful that Rachel is forging a path. She’s leading, she’s going first and she’s giving me courage to speak about the things that matter dearly.

Piercing patriarchy isn’t easy. It’s gutsy and it requires wisdom and clarity of thinking. It’s not something we can shout down or yell down or beat our fists at. I know, because I’ve tried that.

And that’s what is pretty badass about the book, intellectually speaking. The book is hermeneutical performance art.

I realize that this does not sit well with everyone, especially with those for whom summing up Scripture as essentially and most importantly about loving God and neighbor is a little too open ended. (Wait? Who said that? Oh, yes. Jesus did.) Many of Rachel’s critics assert that if one does not interpret St. Paul to mean that all women everywhere are, by their very nature, unfit for leadership in the church, one is on a slippery slope that ends with tossing out the Bible completely. It’s highly inconvenient, then, that there are a good many people who neither interpret Paul that way nor abandon orthodoxy altogether.

… Maybe love is controversial after all.

Rather than complaining about how hard it was to live out a literal interpretation of the Bible, she pokes gentle fun at herself. From her Jar of Contention to her ruined apple pie to her misadventures in sewing, she doesn’t ever take herself too seriously.

At the same time, Rachel clearly takes the Bible seriously.  She makes every effort to understand the original context of the Scriptures while not ignoring the modern-day applications. In each chapter, she discovers a way in which she can honor God and the Bible without resorting to strict, legalistic readings of the text.

Rachel has done her homework and she shares with her readers the worldview of some writers – men and women – who advocate “biblical womanhood” as a woman staying home, having a half dozen children, never going to college, never having a career, and living for her husband as a servant. While there may be women who find this to be fulfilling there are other women who have a sense that this is not the aim of their life. These authors attempt to guilt women into a model of womanhood that has nothing to do with ancient Israel or first century Galilee as much as it does everything to do with 1950′s America. Rachel exposes this and she does it without being hostile. I must commend her on this because while I was reading excerpts from this or that author my face would turn red with anger. I cussed to myself on many occasions. What Rachel has done through this experiment is outdo the legalist in their legalism!

Rachel’s book does not mock Scripture; her book exposes our inconsistencies as readers of Scripture, our false objectivity (a mythological epistemology that needs to die), and our foundationless and often hypocritical piety. Rachel proves to be a better and more honest reader of Scripture than many people whom I have met with doctorates in biblical studies. She lets Scripture bother her. She lets it challenge her. I found her honesty about Scripture to be refreshing and she has become a fellow pilgrim in my own journey to understand this complex, concerning, beautiful book known as the Bible.

Danielle @ From Two to One: “A Toast to Rachel Held Evans in the Midst of Roasts”

We congratulate you on your book launch day of a tremendous job well done. Those of us who’ve walked alongside you, maybe limped here and there, know and feel in our very bones that the tide is turning. We know that your book will touch lives, will help heal and restore, and will bring reconciliation to all of us who’ve been stunted in our spiritual growth from the wrist-slapping measuring stick of “true” or “biblical” womanhood and manhood.

Her project exposes the most basic reality of biblical interpretation and application: we do not, cannot, and indeed must not, simply pick up the Bible, see what it says, and go do it.

All of us approach the Bible with some sort of interpretive grid that helps us to know when we do or do not need to take to heart the commandment issued. Rachel has grown weary of “biblical” as a trump-card adjective, thrown out in an effort to baptize whatever (conservative) social, religious, or theological position a person wants to endorse.

So, the story of the year is a story of challenging the notion that “biblical womanhood” is to be had by opening up the Bible and applying “God’s word to women.”

Elizabeth Esther: “For Rachel Held Evans, my friend and a Woman of Valor”

What I want you to know is how much I admire you. Your courage, determination and Berean commitment to search out the truth make you a true woman of valor. You never shirk the hard work of questioning assumptions and stereotypes – even when it places you in the crosshairs of previously unquestioned authority.

November 2, 2012
Chick-fil-A Biblical Family of the Day
Next Post

November 2, 2012 NRA: Stealing from the starving
Recent Comments
157 Comments | Leave a Comment
"As I understand it Patheos created the "Progressive Christian" channel because the fundangelicals didn't want ..."
Iain Lovejoy Jan. 21 Flashback: Pushing down on ..."
"Good for them: anyone who thinks marital r4pe is OK definitely shouldn't get married. I ..."
Iain Lovejoy Jan. 21 Flashback: Pushing down on ..."
"I was actually going to mention the left handed problem in the comments. Because I ..."
Nomad Still a ways away
"I get to just live my life normally, except that I have to wear a ..."
Nomad Still a ways away
Browse Our Archives
get the latest updates from
slacktivist
and the Patheos
Progressive Christian
Channel
POPULAR AT PATHEOS Progressive Christian
1