Remember the Saturday to keep it productive

Remember the Saturday to keep it productive November 10, 2012 Fred Clark

“In every country in the world bar one, thoughtful Christian people seem to be remarkably united in publicly expressing pleasure and relief at the re-election of Barack Obama. The single exception is the United States itself, where the reaction is considerably more mixed, and the majority position probably leans toward sadness at the outcome, with a significant minority expressing something like horror.”

“It turns out that when it comes to religious behavior, Americans report attending church the same way they report flossing their teeth: lots of people say they do it, not many people actually do.” 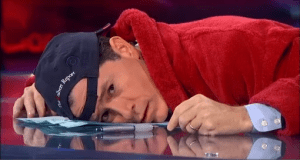 “It is slowly dawning on them: This isn’t 1968. The hippies are punching back”

“There’s no doubt that conservatives will continue to hammer the issue of homosexuality, but it seems their fear-mongering is falling on deaf ears as Americans realize that those states that have already adopted same-sex marriage haven’t yet fallen into the sea.”

“And sometimes, it looks like fighting like hell to dismantle the patriarchal norms that perpetuate violence and oppression, that rob people of their humanity.”

“The Catholic church and its slow response to clergy sex abuse scandals has suffered a particular serious blow to its reputation for moral leadership. But it has also severely bungled its opposition to the Obama administration.”

“This vile discourse is, I would argue, a direct result of the pastoral strategies of the previous pope and his predecessors and the bishops they have appointed.”

“Could not civil law be allowed to progress where church law cannot go, at least not yet? Personally, I believe that it can and that it should.”

“But at the end of the day, it all comes down to you. When you speak the truth you change the minds and move the hearts of those who know you.”

“N.B.: Zechariah was not talking about Jesus, and what exactly he — or more than one he — was actually talking about is far from clear.”

“Here, in this chapter, I give up. For I am not sure what the prophet is talking about.”

“Please, angry right-wingers, do pursue this ‘shouting at strangers in supermarket lines’ plan. Repeatedly, all over America.”

“White people don’t like to believe that they practice identity politics. The defining part of being white in America is the assumption that, as a white person, you are a regular, individual human being.”

“Ultimately, White Masculinity is imperiled by the idea of Barack Obama.”

“An ordained counsellor dedicated to ‘freeing’ people from homosexuality has been arrested on charges of molesting two young men over a period of two years.”

“The Moraga School District in Moraga, California alleged that a 12-year-old girl, who suffered prolonged sexual abuse at the hands of two different middle school teachers in the 1990s, was ‘negligent,’ ‘careless’ and ‘was herself responsible for the acts and damages of which she claims.‘”

November 9, 2012
'We're all responsible for one another'
Next Post

November 10, 2012 Training up children in the way they should go
Recent Comments
83 Comments | Leave a Comment
Browse Our Archives
get the latest from
slacktivist
Sign up for our newsletter
POPULAR AT PATHEOS Progressive Christian
1