Now there was a famine in the land, besides the former famine that had occurred in the days of Abraham. And Isaac went to Gerar, to King Abimelech of the Philistines. 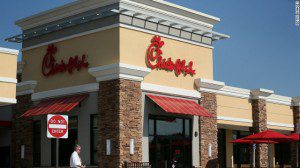 The Lord appeared to Isaac and said, “Do not go down to Egypt; settle in the land that I shall show you. Reside in this land as an alien, and I will be with you, and will bless you; for to you and to your descendants I will give all these lands, and I will fulfill the oath that I swore to your father Abraham. I will make your offspring as numerous as the stars of heaven, and will give to your offspring all these lands; and all the nations of the earth shall gain blessing for themselves through your offspring, because Abraham obeyed my voice and kept my charge, my commandments, my statutes, and my laws.”

When Isaac had been there a long time, King Abimelech of the Philistines looked out of a window and saw him fondling his wife Rebekah. So Abimelech called for Isaac, and said, “So she is your wife! Why then did you say, ‘She is my sister?’”

Isaac said to him, “Because I thought I might die because of her.”

Abimelech said, “What is this you have done to us? One of the people might easily have lain with your wife, and you would have brought guilt upon us.”

November 13, 2012
Evangelicals have a Bryan Fischer problem
Next Post

November 14, 2012 More on that 'controversial' book that scares patriarchal Christians so much
Recent Comments
20 Comments | Leave a Comment
Browse Our Archives
get the latest updates from
slacktivist
and the Patheos
Progressive Christian
Channel
POPULAR AT PATHEOS Progressive Christian
1

God’s Creation PREACHES! Psalm 19 Links Nature and...
God’s Creation preaches?  How can this be?  We have to tune our...
view all Progressive Christian blogs
What Are Your Thoughts?leave a comment
Copyright 2008-2021, Patheos. All rights reserved.