Why did the hummingbird snore?

Why did the hummingbird snore? November 27, 2012 Fred Clark

“Of course, hummingbirds don’t really snore, do they?”

“More distressing: The wrong answer will make you far more popular than the correct one.” 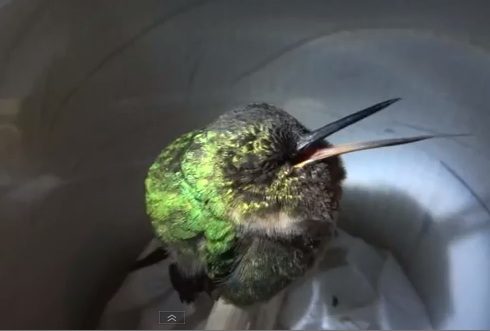 “If it disagrees with experiment, it’s wrong.”

“There is also no certainty that adaptation to a 4°C world is possible.”

“After years of holding steady, new Center for Disease Control data shows that the United States abortion rate has fallen to an all-time low.”

“We only ask for the rights because we’ve already accepted the responsibilities.”

“Here’s a prediction: Immigration reform will be an item on the 2013 Congressional agenda, and if they actually manage to make any progress on it, there will be town hall meetings in the summer of 2013 that exceed the madness of 2009’s health care town halls.”

“These data debunk any argument that allowing gay, lesbian, and bisexual servicemembers to serve openly would discourage others from serving in the military.”

“You’re still telling me that same-sex marriage is going to destroy traditional marriage and lead to wild sexual anarchy? As if.”

“If we were locking up everybody, white and black, for doing the same drugs they would’ve done the same thing with prohibition, they would’ve outlawed it.”

“It remains the insurmountable obstacle we cannot overcome, the fly tainting our milk of human kindness that we refuse even to see in the antique rose-bedecked milk jug bequeathed from Great-Grandma So and So.”

“I don’t know him personally, but I think he’s a likable guy.”

November 27, 2012
Chick-fil-A Biblical Family of the Day
Next Post