It has happened before and it may be happening again.

Just five years ago it would have been unthinkable for American evangelicals to rally against contraception. Religious opposition to contraception was strictly a Catholic thing and evangelicals, as Protestants, did not accept the baroque theological arguments supporting that Catholic teaching. 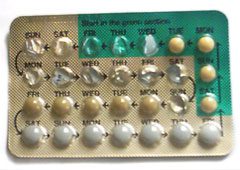 That has begun to change. White evangelicals have begun adopting Catholic language and Catholic teaching regarding contraception. This change has not occurred due to any new theological or biblical understanding, but due to a political change — due to white evangelical opposition to President Barack Obama.

Yet here we are:

• Liberty University is suing for a health care exemption on the grounds that contraception is indistinguishable from abortion.

• Evangelical “pro-life” vigils target clinics that provide birth control and that treat yeast infections as part of the crusade to “end abortion.”

• The Southern Reformed editors of World magazine are attacking other evangelicals for condoning the use of contraception.

• The false belief that IUDs and hormonal contraception are “abortifacients” continues to spread among evangelicals.

• It’s becoming hard to imagine any lie about Planned Parenthood or women’s health care too outrageous for evangelicals to believe.

The transformation has begun. A radical, unexpected and total reversal of long-established evangelical ethics and doctrine is taking place before our very eyes.

But there remains some opposition to this revolutionary change. As Libby Anne writes, “There is a battle going on here.”

What matters more, lowering the abortion rate even if that means encouraging contraceptive use among those who aren’t married, or ensuring that sex has consequences and is tied to procreation even if that in practice leads to a higher abortion rate? The pro-life movement establishment, partly because of Catholic influence, has long eschewed the former position and embraced the later. But as more people take seriously the rhetoric about “saving babies,” there may be a shift as more groups and individuals move toward the former position and reject the latter.

The outcome of this battle remains in doubt. In October, the New Evangelical Partnership for the Common Good came out strongly in support of family planning:

“We affirm that the use of contraceptives is a responsible and morally acceptable means to greater control over the number and timing of births, and to improve the overall developing and flourishing of women and children,” said the Rev. Jennifer Crumpton, one of the advisers to the evangelical group.

The NEP document does not include abortion in its definition of “family planning.” It emphasized that access to contraception prevents unintended pregnancies and reduces abortion, and stressed the need to avoid “confusion of family planning with abortion” that has led some religious groups to oppose both.

But the NEP, unfortunately, hasn’t yet proven to be especially influential in the wider evangelical world. It’s prominent spokespeople include folks like Rich Cizik, who is suspect among conservative evangelicals after he got booted from the National Association of Evangelicals for believing in climate change; Dave Gushee, suspect after being a victim of Al Mohler’s purity-purge at Southern Baptist Seminary; and Crumpton, who is female and therefore, by definition, suspect.

It’s too soon to tell how this battle will end. If the anti-contraception side wins, we will see a radical, rapid, and once unimaginable reversal in evangelical ethics and doctrine due to nothing more than partisan political maneuvering.

But that radical ethical and doctrinal reversal will not be the really amazing thing. Far more amazing will be the Orwellian aftermath in which, 10 years from now, white evangelicals will pretend that they have always unanimously opposed contraception and they will seem unable to remember that it was ever otherwise, angrily denying that any change has taken place.

It has happened before and it may be happening again.