The ecumenical religion of patriarchy

I subscribe to a whole bunch of fundie-survivor/recovering fundie blogs. Libby Anne has a terrific list here of the sort I mean, which she describes as “blogs by individuals who grew up in the Christian Patriarchy or Quiverfull movements and have since questioned and left.”

So I’m used to having posts like the one I quote below pop up in my Google Reader, and I was just kind of skimming quickly without noticing specifically which blog this was from:

… this is what The Cult taught: Historically, there is no such thing as a “teenager” — there were children, and then there were adults. A child is a child until he/she reaches puberty, and then he/she is biologically an adult. “Teenagers” are a modern invention, caused by a godless, indulgent consumerist society, family breakdown, peer pressure, advertising and a lack of discipline in childhood.

Therefore, parents could avoid having their children turn into teenagers by raising them correctly, by instilling the fear of God in them, by teaching them to take on as many adult ritual and behavioral responsibilities as possible when they were still young, and by carefully sheltering them from the wider society. …

I hadn’t heard of The Cult before, but I assumed it was the writer’s shorthand for the Bill Gothard gang, which was where I thought I’d heard this bit about teenagers before. I kept reading and tripped over this:

… Because if we sheltered our kids, they would never get the idea that supposedly typical teenage behavior is in any way normal or acceptable, so they would be much less likely to act that way. And if we kept them securely inside our conservative, insular Muslim bubble as much as possible, then community expectations that they act maturely would be constantly reinforced, and it would be that much harder for them to be rebellious “teenagers.”

Libby Anne had the same reaction to that same post: “My God, They Really Are the Same.”

This is absolutely word for word identical to what I was told growing up in a Christian Patriarchy/Quiverfull evangelical homeschool family. Exactly.

I mean, we’re talking so exact that you could replace a few words – substitute “homeschooling” for “The Cult,” say, and “prayer five times each day, fasting the entire month of Ramadan, and wearing the hijab” with “reading the Bible regularly, praying constantly, and dressing modesty” – and if someone showed it to me I would think I’d read it in No Greater Joy, Above Rubies, a Vision Forum catalog, or any other Christian Patriarchy or Quiverfull magazine.

… So very many of the ideas we were raised on are common to fundamentalism across religions. And yet, we thought we were so very different.

Those similarities are revealing.

Here we have identical gender hierarchies set up with identical approaches to two very different sacred texts. The patriarchal boy Christians and the patriarchal boy Muslims have both selectively gleaned what they needed or wanted from their respective scriptures, and their parallel projects reveal that whatever scripture happens to be the one being mined isn’t really important. 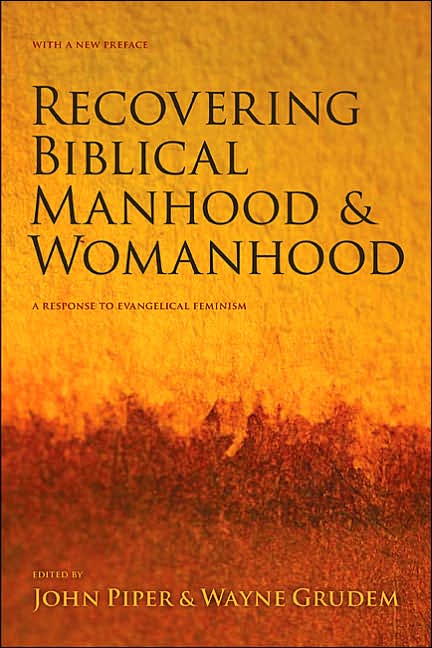 In other words, their purported allegiance to Christianity or to Islam is just a pretext, not a cause. It is secondary at most, and barely even that. The PBCs and the patriarchal Muslims share the same core religion, and it is neither Christianity nor Islam.

Think of this patriarchal religion like Q, the hypothetical lost Gospel source whose existence we can deduce from studying the Synoptic Gospels.

The first three books of the New Testament — Matthew, Mark and Luke — share a bunch of parallel passages. We’re pretty sure that Mark was written first, and that it was later used as source material by the authors of Matthew and Luke in putting together their later, longer accounts.

That’s easy to see from reading all three books. Chunks of Mark can be found repeated verbatim, or with very slight changes, in both Matthew and Luke.

But there are also other parallel passages in Matthew and Luke that do not come from Mark. That might mean that Matthew copied them from Luke or that Luke copied them from Matthew, but that isn’t what scholars who have closely studied the earliest manuscripts think. They think instead that Matthew and Luke were also both using some other common source — “Q” — which they both drew on in the same way they both drew on Mark’s Gospel.

We have Mark, but we don’t have Q. All we know of it is what we can infer from those identical passages appearing in Matthew and Luke.

So think of patriarchal religion as being like Q. We can’t study it directly because its devotees all pretend they’re actually adherents of some other religion. They pretend to be Christians or they pretend to be Muslims, but really their main allegiance lies with this hidden religion of patriarchy.

They claim allegiance to so many different texts and traditions, yet they all wind up in the same place. And the closer I look at these supposedly disparate patriarchal boys across lines of religion, the more I find myself saying just what Libby Anne said, “My God, they really are the same.”