This is a repost from November of last year with only two minor changes: 1) the verbs referring to the late Chuck Colson are now past-tense; and 2) the link to Timothy Dalrymple’s complaint now refers to his most recent (and somewhat more constructive) iteration of that same complaint.

That’s the complaint voiced here by Timothy Dalrymple and repeated, ad nauseum, as a central organizing grievance of sites like Get Religion.

There are two very large problems with this complaint:

1) The religious right is not at all marginal — either within evangelicalism as a whole or within America as a whole; and

2) the religious right is, in fact, representative of mainstream evangelicalism.

Every year, the leadership of the Republican Party goes to speak at, to court, to be seen at and to appease the Values Voter Summit. This year, every GOP candidate for the party’s nomination for president spoke at the conference. They had no other option. To fail to show up and please that crowd would be to surrender any hope for securing the nomination.

And these candidates were not the ones calling the shots. The Values Voter Summit never features a so-called “Sister Souljah moment” in which a candidate distances himself or herself from the constituency represented there. The candidates and congressional leaders who speak there are enthusiastically obsequious. It is the religious right who defines the boundaries for what those candidates may say there — and for what they may say elsewhere on the campaign trail, or even in office — and not the other way around. 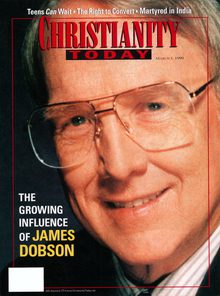 That doesn’t make the religious right an all-powerful cabal pulling the strings behind every move of the government or even behind every move of the Republican Party, but it’s absurd to speak of its influence as “marginal.” Specific groups or organizations that are part of the larger whole of the religious right may be more or less influential, but it’s just silly to try to hand-wave away the influence and importance of this group as inconsequential or as somehow less consequential than “mainstream evangelical” institutions like Christianity Today or Fuller Seminary.

The religious right is primarily a creature of media — radio, television, Internet, direct mail. It’s an incessant media machine that cranks out its message 24/7/365. That stuff reaches more people than anything coming out of the graying institutions of mainstream evangelicalism. And that stuff works — maybe not on everyone, but on a good-sized chunk of us. The religious right has a bigger budget, a higher platform, a louder megaphone than the evangelical mainstream. The “mainstream” pastor’s 40-minute weekly sermon is up against hours and hours of radio and cable TV programming, plus inboxes filled with daily email “alerts” and mailboxes filled with fundraising letters and emotional appeals. Those who would dismiss all of that as marginal or inconsequential are simply out of touch with the media world that evangelicals are swimming in during the hours they’re not in church.

One could make a good case that the religious right is far more influential within evangelicalism as a whole than any given set of more mainstream, “representative” institutions. I won’t try to make that case because I don’t think it matters which has the greater influence, given that both are influencing evangelicals in the same direction. The supposedly more typical and representative institutions of the evangelical mainstream do not disagree with the substance or content of the religious right’s agenda, only with its tone and its emphasis. Chuck Colson [was] both a leading figure of the religious right and a columnist for Christianity Today. His agenda [was] shared by both groups and so they share[d] his services as well. 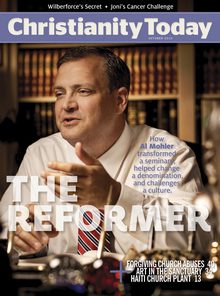 The supposed distinction between the “not-hyper-politicized” mainstream evangelicals and the religious right parallels the supposed distinction between the mainstream “Republican establishment” and talk-radio bomb-throwers like Rush Limbaugh. Limbaugh’s tone and his tendency toward outrageous statements may make the GOP establishment uncomfortable, but they don’t disagree with him in general. And if they ever do disagree with him on some particular detail, they’d never dare do so publicly. He exerts a pull and an influence on them, but they do not exert any such pull or influence on him.

The religious right is not representative of the broader mainstream of evangelicalism, we are told, but this claim is almost never backed up with an explanation of how it is they differ in substance rather than just in style. The religious right, meanwhile, is constantly using its massive media megaphone to assert that it does represent all evangelicals everywhere. And that assertion stands unchallenged by any full-throated, substantial denial.

The longer mainstream evangelicals wait to make such a denial, the more aggressive and vehement it will need to be. After decades of mealy-mouthed complacency, it will take something dramatic to provide the requisite shock to the system. Maybe a CT cover, all black, with white block letters reading, “STFU Tony Perkins, You Do Not Speak For Us.”

If I see a cover like that, then I will believe that Perkins is a marginal figure because I will have seen him marginalized.

That, of course, will never happen. But barring such a bold stroke, the only other hope would be the sort of incremental marginalization that Conor Friedersdorf argues that the conservative establishment ought to be applying to Rush Limbaugh.

Again, that relationship is precisely parallel to the one between the religious right and the evangelical mainstream. The conservative establishment complains when it is caricatured as nothing more than the obnoxious attitudes and wisecracks of Rush Limbaugh, but as Friedersdorf notes, this complaint rings hollow when they have allowed — and enjoyed — his ascendancy as their primary spokesperson. The conservative complaints Friedersdorf summarizes precisely parallel the “mainstream evangelical” complaints voiced by Dalrymple and by Get Religion.

There is a larger point to be made than the old news that [Rush Limbaugh] says indefensible things. In that spirit, I’d like to conclude this post by remarking on Limbaugh’s corrupting influence. We’ve witnessed more than enough controversies like this, where no one is willing to defend the talk radio host’s words, to know his public character and effect on political discourse. We’re not talking about a couple slip ups for which he’s apologized and should be forgiven. The man willfully traffics in odious commentary and has for years and years.

Shame on him, but that isn’t where it ends. George H.W. Bush and George W. Bush ought to be embarrassed that they invited Limbaugh to the White House.  The Claremont Institute, whose work I often respect, ought to be mortified that they sullied their Statesmanship Award by bestowing it upon Limbaugh. Shame on National Review for celebrating one of conservatism’s most controversial figures in a symposium. … Shame on The Heritage Foundation for sponsoring Limbaugh’s radio show, and on the Media Research Center and Human Events for honoring Limbaugh’s excellence … and the list goes on, including the millions of people who support his radio show because they agree with Limbaugh’s ideology, even though they’d be outraged if a liberal trafficked in similarly poisonous rhetoric.

Many conservatives complain, with good reason, when they’re caricatured as racially insensitive purveyors of white anxiety politics who traffic in absurd, paranoid attacks on their political opponents. Yet many of the most prominent brands in the conservative movement elevate a man guilty of those exact things as a “statesman” whose civility and humility ought to inspire us! In doing so, they’ve created a monster, one who knows that so long as his ratings stay high, he can say literally anything and be feted as an intellectual and moral role model. So the outrages arrive at predictable intervals. And Americans hear about them and think badly of the right.