NRA: What does the Antichrist want?

NRA: What does the Antichrist want? December 21, 2012 Fred Clark

Rayford Steele is eavesdropping on his boss as they fly over the Pacific.

His boss is Nicolae Carpathia — the potentate, global dictator, Antichrist and random destroyer of cities. In the previous scene, Nicolae gave the order for the destruction of San Francisco and the bombs began to fall. Rayford got even with him by accelerating abruptly during takeoff, causing Nicolae to fall in the aisle of the plane.

Causing someone to trip because they just killed a few million people doesn’t really make things even, but Rayford is still enormously pleased with his tiny act of revenge, and the authors are still basking in it here in the following scene.

“I was so excited and so full of ideas,” the potentate said, “that I could not stay seated. I hope I do not have a bruise to show for it.” His lackeys all roared with laughter.

Nothing funnier than the boss’s joke, Rayford thought.

Perhaps soon the cumulative effect of all these bitter, disapproving thoughts directed his way will begin to take a toll on Nicolae. Rayford and Buck have to hope so, because so far, such silent disapproval is the Tribulation Force’s only strategy against the Antichrist.

“We have so much to talk about, so much to do,” Carpathia continued. “When our compatriots join us in Baghdad, we will get right to work.”

This is it — this is his big chance, what Rayford has been waiting for for more than a year.

The whole point of Rayford’s elaborate eavesdropping system — more than that, the whole point of his taking a job as the apparently loyal servant of the Antichrist — was to gather information on the Antichrist’s plans. For many months now, Rayford has served as the personal pilot for a man he believes is evil incarnate, all so that he would have a chance to eavesdrop on exactly this conversation, the one that begins, “We have so much to talk about, so much to do.”

Rayford didn’t learn of Nicolae’s plan to destroy a dozen airports (and their surrounding cities) until it was too late for him to plan a response. But now, it seems, the Antichrist is about to lay out his nefarious agenda for the coming months and Rayford, secretly listening in, will be collecting valuable intelligence for the Tribulation Force.

Rayford heard the unmistakable voice of Leon Fortunato. “Potentate,” he whispered, “we’ll need replacements for Hernandez, Halliday, and your fiancée, will we not?”

Hernandez was the co-pilot who flew with Rayford from Dallas to San Francisco. He was just killed in the destruction of the airport there. Halliday, Rayford’s old pilot friend, had been hired to help design Nicolae’s new plane, after which — for reasons never explained — he was to be killed as well. Nicolae’s fiancée, of course, is poor Hattie Durham, who also works as his personal secretary.

Rayford sat up. Was it possible? Had they already eliminated those three, and why Hattie Durham? He felt responsible that his former senior flight attendant was now not only in Carpathia’s employ, but was also his lover and the soon-to-be mother of his child. So, was he not going to marry her? Did he not want a child? He had put on such a good front before Rayford and Amanda when Hattie had announced the news.

Carpathia chuckled. “Please do not put Ms. Durham in the same category as our late friends. Hernandez was expendable. Halliday was a temporary necessity. Let us replace Hernandez and not worry about replacing Halliday. He served a purpose. The only reason I asked you to replace Hattie is that the job has passed her by. …”

So, no, Nicolae isn’t planning to have Hattie killed. The authors have worse things in store for her than that. 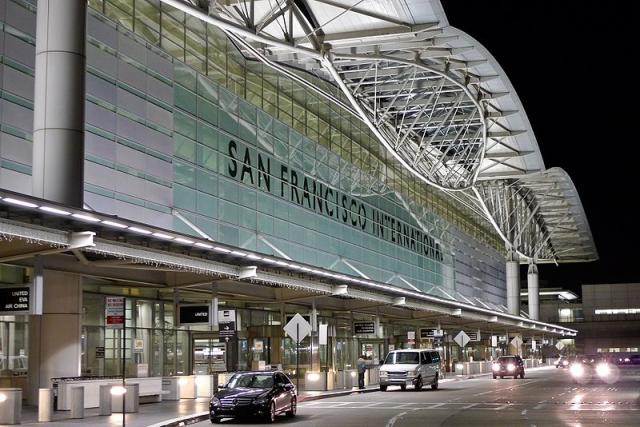 Nicolae and his new right-hand man, Fortunato, continue discussing personnel issues for another page or so. “I would like you to handle finding new secretarial personnel,” the global potentate says to the second-most powerful man on the planet.

And this, apparently, was the “so much to talk about, so much to do,” that Nicolae mentioned.

Poor, expendable Hernandez was a lower-level pilot who worked for the Global Community one-world government. The leader of that OWG is here concerning himself personally with the job vacancy created by Hernandez’s demise.

So the global potentate micromanages the entire world, with him apparently needing to be personally consulted about every job opening anywhere on the planet. But it’s even worse than that. Nicolae and Fortunato spend all this time discussing the need to replace this Dallas-based pilot without ever pausing to consider that, oh, by the way, we also just nuked the airport in Dallas, so all of our other pilots there are probably dead, too, and that airport will need to be rebuilt, along with the airports in New York, London, Washington, Toronto, Chicago …

While eavesdropping on this top-secret meeting of the OWG personnel committee, Rayford is also apparently listening to “the news” in the cockpit:

The destruction of the San Francisco airport and much of the Bay Area had already made the news.

“The news” there probably means those omnipresent GCCNN Radio people again. I feel bad for those folks. When the bombs started to fall on San Francisco, they had to get to work, grabbing their microphones and cameras and heading into danger. Meanwhile, at Global Community Weekly’s San Francisco office, everybody just took the rest of the day off.

This is the third or fourth time that Jerry Jenkins has informed readers first about the destruction of an airport and then, as a footnote to that, about the slaughter of millions of people in the surrounding area as well. This weird priority of airports over people seems like a device a better writer might borrow and repurpose as a way of deliberately highlighting the obtuse narcissism of a protagonist. I think that would be effective, since it’s quite effective here at unintentionally highlighting the obtuse narcissism of both Rayford and the authors.

Rayford saw the fear in [co-pilot] McCullum’s eyes. Maybe the man would have felt more confident had he known that his ultimate boss, Nicolae Carpathia, had most everything under control for the next few years.

Last week we looked at a scene that stood out from the rest of this book because, for once, Buck Williams wanted something. He was searching for Chloe and wanted to find her. Briefly, for a handful of pages, we thus had a plot and a character we could understand: Man searches for lost woman.

Here we’re told that the Antichrist has “most everything under control.” He rules over the entire world with absolute power. He has “so much to talk about, so much to do.”

But we still have no idea what the Antichrist wants.

The authors themselves don’t seem to have any idea of this either. And since Nicolae is the antagonist driving the plot of this story, that means we also don’t have any idea of what that plot is. He’s the title character of this book, but we can’t begin to understand his character either. We don’t know what he wants.

The authors told us all along that Nicolae’s professed idealism was a bogus charade. Now, with the mass-murder of his bombing campaign, they have shown us that — shown that all his talk of peace, harmony and global unity was just a deception to enable his rise to power. Now that he has that power, he has no intention of using it to promote peace or harmony or any of that other stuff.

OK, but what does he intend to use his power for? What’s his plan? Why does he do what he does?

The authors don’t tell us because they don’t know. And they don’t care. “Bible prophecy,” they insist, tells us what the Antichrist will do. And if we already know, step-by-step, exactly what he will do, then we don’t need to know why.

And that leaves us with a character who has no character driving a plot that has no plot. We plow our way through the prophecy check list, each inscrutable act following the other, but we can never understand why any of this is happening other than the author’s assurance that it all must happen because it was all foretold.

Rayford knew that Hernandez was doomed as soon as he left the plane in San Francisco. He even briefly thought of maybe half-warning the young pilot to get out of the city before it was destroyed, but then Hernandez was slightly discourteous to him, so he abandoned him to his fate. Now though, overhearing Nicolae Carpathia describe the man as “expendable,” Rayford is horrified:

He was hearing things he never wanted to hear. … Life had become so cheap that in a matter of hours he had lost a new acquaintance, Hernandez, and a dear old mentor and friend, Earl Halliday. …

He turns off the intercom and heads for some rest in his “lavishly appointed” pilot’s “chamber.”

Rayford removed his shoes and stretched out on his back. He thought about Earl. He thought about Amanda. He thought about Chloe and Buck. And he worried. And it all started with the loss of Bruce. Rayford turned on his side and buried his face in his hands and wept. How many close to him might he lose today alone?

That reminds me of one of my favorite passages from Ray Bradbury. In Something Wicked This Way Comes, he wrote:

A stranger is shot in the street, you hardly move to help. But if, half and hour before, you spent just 10 minutes with the fellow and knew a little about him and his family, you might just jump in front of his killer and try to stop it. Really knowing is good. Not knowing, or refusing to know is bad, or amoral, at least. You can’t act if you don’t know.

Bradbury there, in five sentences, pinpoints everything that’s wrong with Rayford Steele. And with his creators.

December 22, 2012 ICYMI: Top posts from the past week
Recent Comments
157 Comments | Leave a Comment
Browse Our Archives
get the latest from
slacktivist
Sign up for our newsletter
POPULAR AT PATHEOS Progressive Christian
1