“Kevin has moved from ‘defending his house’ into sheer malice, in my opinion.”

“We need to (try to) look at the present by imagining how the future will see us as the past.”

“From the city’s perspective there’s not a noticeable difference in how Christians and non-Christians relate to their actual neighbors.” 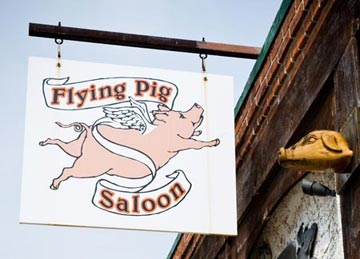 “The Pope went from ‘Hey! Great to be here with all of you!’ to ‘Ours is a world without hope‘ in just four tweets over the space of just four hours.”

“Still, at some point, the way forward Smith claims — the life of prayer, liturgy, and engagement of the ‘Great Tradition’ — must also come to terms with science and history, and offer a way forward that genuinely engages the evidence rather than tables it.”

“We need to understand that these are crude, dirty jokes being told by this dirty, smelly guy wearing a thong.”

“From the literary context, Fergus Kerr says, it appears that the widow is impoverishing herself to contribute to an institution that is corrupt and doomed.”

“A sign of true spiritual maturity is that we simply don’t become offended by others.”

“The greatest minority under assault today are Christians. No doubt about it.”

“They say we evolved from whatever, something out of the ocean, you’ve got to understand that evolution affects your mental processes.”

“The Puritans in the Massachusetts Bay Colony went one step further and actually outlawed the celebration of Christmas.”

“I expect that at the heart of most such exchanges is a fear of the loss of Christian cultural hegemony.”

“The death penalty will eventually be repealed, not because a majority of Americans believe it is morally wrong for the state to take a life, but because we have finally realized that the state is comprised of fallible, foolish human beings who aren’t up for playing God.”

“The answers to questions that you never thought to ask when you were one of them come so easily to you now.”

The video at the top of this post is a song written and performed by Israeli and Palestinian young people. It’s called “Bukra Fi Mishmish,” or, roughly, “When Pigs Fly.” The Velveteen Rabbi has the full story.

December 24, 2012
Chick-fil-A Biblical Family of the Day
Next Post

Paul's Intertextuality about the Antichrist: Part Two of...
Paul’s Eschatology in 2 Thessalonians Jesus seems to have derived much of...
view all Progressive Christian blogs
What Are Your Thoughts?leave a comment
Copyright 2008-2021, Patheos. All rights reserved.