Mazes & Monsters and the BADD old days: I’m collecting stories of the backlash against Dungeons & Dragons

I’m collecting stories. I want to hear from any of you who played Dungeons & Dragons or any other pencil-and-paper fantasy role-playing games back in the day.

Specifically, I’m looking for stories of condemnation, consternation, opprobrium and sheer, unvarnished panic that you may have encountered during the height of the backlash against such games. Anything related to the Satanic panic, BADD, Mazes & Monsters, or to any of the myriad fundamentalist urban legends involving dark magic, spiritual warfare, or encounters with “real” spells, monsters or demons resulting from the perilous use of graph paper and multi-sided dice. 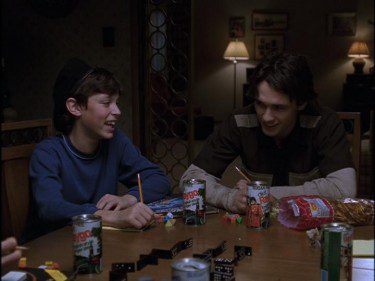 I’m guessing that some folks have no idea what any of the above is all about. But I’m sure that others know exactly what I’m referring to.

I first played such games back in the Reagan years. We played Tunnels & Trolls, which was every bit the down-market knock-off of D&D that its name suggests. It was a cheaper, simplified version that relied entirely on six-sided dice — requiring an unwieldy number of them for play at higher levels (we looted every Yahtzee set and board game in all of our houses).

The great advantage of Tunnels & Trolls for my friends and I was that it was not Dungeons & Dragons, which allowed us to defend the hobby in our evangelical Christian world by saying, “Oh, no, no, no. Of course we’re not playing Dungeons & Dragons. This is completely different.”

Eventually, to better shield ourselves from the concerns and criticisms of the good Christian folk at our churches and our school, we switched to MERP — Middle Earth Role-Playing. That was based on Tolkien, and Tolkien was friends with C.S. Lewis. So that had to be acceptable.

But for every member of our core-group of players, we had several other friends who wanted to play, but were not allowed. Some of their parents or churches objected due to the Mazes-and-Monsters style urban legends that were circulating back then. Others came from churches that embraced the demons-are-everywhere notion of spiritual warfare that Frank Peretti would soon ride to riches with This Present Darkness and its sequels. Others simply condemned any game involving imaginary magic for the same un-reasons that a later generation of evangelicals would condemn the Harry Potter novels.

I’m reconsidering that part of my personal history because I’m interested in how that anti-D&D sentiment ties in with the Satanic panic of that same period, and with the related phenomenon of things like Mike Warnke’s “ex-Satanic high priest” ministry, like the viral rumors about Procter & Gamble, and like the obsession with combatting Satanic baby-killers that was then transforming the public identity of our increasingly politicized evangelical subculture. (One irony of all of that, I think, is that fantasy role-playing games wound up being condemned by many people precisely because they had adopted a moralistic framework in which they were role-playing their own fantasy scenario.)

So I want to hear your stories too. If you were the proud owner of a set of multi-sided dice back then, what did your parents, relatives, teachers or Sunday school teachers think or say about that hobby? Did you have any encounters with anyone associated with BADD (Bothered About Dungeons & Dragons)? Did you encounter any religious objections to your playing such games?

Please let me know. Share your stories here in comments or, if you’d prefer, email me at slacktivist (at) hotmail-dot-com.