Why should the Devil have all the good music — and Taylor Swift and One Direction too?

So last night I was still thinking about that “Christian artist” bit from Christian Tribalism Today, and this classic track from Dan Le Sac vs. Scroobius Pip came to mind, “Thou Shalt Always Kill”:

The bit from the middle of that song got stuck in my head:

And that’s what was running through my brain as I went back to look at those Billboard charts.

And reading the list of artists who had the No. 1 album between Toby Mac and Tomlin, I started hearing that list in the voice of Dan Le Sac:

This raises some theological questions.

Is this really what they mean when they say “only the fourth Christian artist ever”? If not, what else could they mean? If they believe that all these artists are not Christians, and that only Christians will be saved from Hell, then isn’t that a fair restatement of what they’re asserting about everyone other than Chris Tomlin and Toby Mac? 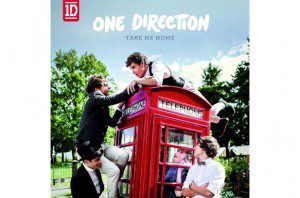 Is it presumptuous to claim such certainty about the eternal destiny of the young lads in One Direction? Didn’t Jesus warn us against such confidence in our ability to distinguish wheat from tares?

And how did Matchbox Twenty have a No. 1 album in 2012? And did you see Pink’s performance at the AMAs? Wasn’t that amazing?

Tribalism twists Christianity into absurd, unrecognizable shapes. “Only the fourth Christian artist ever” takes those important words — “Christian” and “artist” — and makes them incomprehensible.

So besides Chris Tomlin and Toby Mac, who does tribalism anoint as the other two “Christian artists” to have a No. 1 album? Bob Carlisle, with Butterfly Kisses, and LeAnn Rimes, with You Light Up My Life: Inspirational Songs, both in 1997.

That was actually Rimes’ second No. 1 album in 1997, following her compilation album Unchained Melody: The Early Years — “early years” in her case referring to songs recorded when she was 11. That album featured songs like “Broken Wing” and “I Will Always Love You,” so it didn’t count as a “Christian” album the way You Light Up My Life did, with its collection of songs like “The Rose” and “How Do I Live?” and “Bridge Over Troubled Waters.”

In March of 1997, LeAnn Rimes was not a “Christian artist.” In October of 1997, she was. She didn’t experience a religious conversion, but her record label had an epiphany about how best to market Dianne Warren songs.

(My Friday music game post got lost in the shuffle this week, so please accept the above as a poor substitute.)

January 18, 2013
Chick-fil-A Biblical Family of the Day
Next Post