Teresa Nielsen Hayden has been writing about this for years. Here are some wise words of hers from 2003:

For years now, we’ve been dinning Yog’s Law into young writers’ heads: Money always flows toward the writer. Alternate version: The only place an author should sign a check is on the back, when they endorse it. Most of them are now clear on the idea that if a publisher wants you to pay to have your book published, or subsidize your book’s publication as a “co-investor” (a.k.a. subsidy, joint-venture, or co-op publishing), they’re a vanity operation.

… The sheer number and variety of schemes for putting the bite on aspiring writers is why Yog made his law so simple. No matter what anybody tells you, no matter where in the process you’re asked to cough up the cash, no matter what they call their program: if money is flowing away from the writer, there’s something wrong. 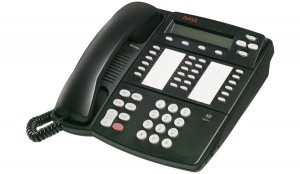 Co-author with Tim LaHaye of the blockbuster Left Behind series, and someone with more than 150 other books to his name, Jenkins said the new venture was the result of an “epiphany.”

… Though having long discouraged new writers from self-publishing because “for too many years so [many self-published works were] awful — poor writing, little editing, sloppy proofing, bad covers” ― Jenkins said he realized his school could help. The goal is to help authors “produce books that don’t look self-published, and at the very least could compete in the marketplace without their having to apologize for them.”

Jenkins described the CWG initiative as “[coming] alongside” writers rather than self-publishing, with integral educational and mentoring components. Those applying to the guild’s Published program must submit part of their manuscript for evaluation. If accepted, they follow a six-month course — costing just under $10,000 — that includes mentoring by a published author. Copy-editing, typesetting, proofreading, custom cover design, marketing advice, printing, digital formatting, and e-book file creation in all formats are included in the package. There will be a surcharge for manuscripts over 75,000 words.

The kindest possible interpretation is that this is, as Teresa says, “a vanity operation.” But at a cost of nearly $10,000, plus surcharges, it sounds more like an outright scam.

January 30, 2013 Martin Luther King Jr.: 'I am happy to be the recipient of the Margaret Sanger Award'
Recent Comments
98 Comments | Leave a Comment
Browse Our Archives
Related posts from slacktivist