A state legislator in North Carolina says women’s nipples are so dangerous they need to be reclassified as a felony.

A Class H felony in the Tarheel State is punishable by up to six months in jail for a first offense.

I’m not clear how that works — would a topless woman face a year in jail for two simultaneous first offenses, or would one count as a first offense and the other as a second felony?

In North Carolina, felons are barred from voting during their term of incarceration, parole and probation. So I’m guessing this has less to do with “public decency” and more to do with an attempt to disenfranchise unruly women.

Tod Kelly’s post on the reintroduction of the Violence Against Women Act  includes some horrifying history — horrifyingly recent history — of domestic violence and assault and the effort to provide legal protection for women.

Want your state to sign marriage equality into law? Elect a Catholic governor.

Speaking of marriage equality, a belated congratulations to Jim Nabors on his marriage to his partner of 38 years.

I hope this doesn’t change the opinion of the many folks his age I grew up around who loved his rendition of “How Great Thou Art.”

William Lindsey notes, though, that Nabors’ secret wasn’t all that secret for that generation. Lindsey recalls a conversation with his mother from back in the 1980s:

“I’ve long known about Jim Nabors,” my mother said, and I was intrigued: How did she know this? What more did she know that I had never heard? How can a culture (in her case, that of central Arkansas) which claims not to know precisely who’s gay, who’s closeted, who’s with whom, really know all of this — while claiming not to know that gay folks exist?

I think that generation had quite a few mechanisms for unacknowledged knowledge.

And speaking of William Lindsey — whose Bilgrimage blog is a favorite of mine — I got a chuckle earlier this month after he linked here right after posting an item on the Westboro Baptist Church, resulting in an amusing transposition of names. Two guys named Fred, both Baptists … it’s a perfectly understandable mixup.

Lindsey was endearingly mortified and apologetic, but he didn’t need to be. I don’t mind getting my name switched up with that of Fred Phelps — just so long as no one gets my views mixed up with his.

Plus the Phelps comparison let’s me indulge in that favorite game we evangelical Christians use to reassure ourselves — the Not As Bad As game of Melon Morality. Fred Phelps sets the NABA-bar pretty low, pretty much guaranteeing me an opportunity for self-congratulation.

That’s much easier to think about than being compared to, say, Fred Rogers.

Yes, really, They Are Coming for Your Birth Control (via Libby Anne). 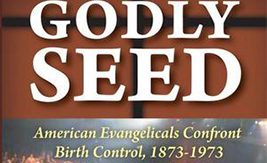 Seriously, They Are Coming for Your Birth Control.

During the night I had a vision of a man from Macedonia.

Macedonia, Alabama, that is. He was standing and begging, “Come over to Macedonia and help me — I can’t stop misquoting scripture to advance a right-wing political agenda.”

What's your story?
Netflix's "Midnight Mass" offers a fascinating look at what it means to...
view all Progressive Christian blogs
What Are Your Thoughts?leave a comment
Copyright 2008-2021, Patheos. All rights reserved.