“The unemployment rate is still at a level which should cause politicians to panic. No one is panicking.”

“If the minimum wage had risen in step with productivity growth [since 1968], it would be over $16.50 an hour today. That is higher than the hourly wages earned by 40 percent of men and half of women.”

“More than half of the people who became unemployed during the recession found a new job within six weeks, but a majority of them found jobs that paid less than the one they lost.”

“Insurance companies are in the habit of charging higher premium to safe, low- or moderate-income drivers than to richer people who were at fault for an accident.”

“While the banks, which include giants like JPMorgan Chase, Bank of America and Wells Fargo, do not make the loans, they are a critical link for the [payday] lenders, enabling the lenders to withdraw payments automatically from borrowers’ bank accounts, even in states where the loans are banned entirely.” 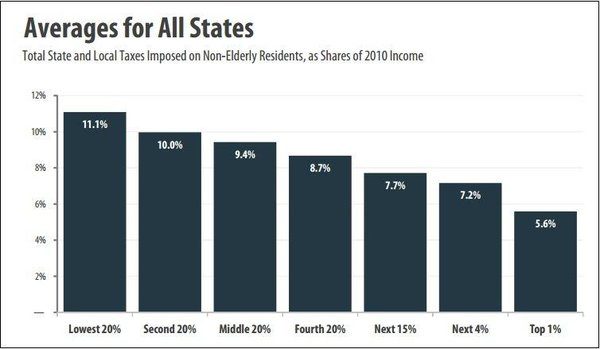 “Nearly 40 percent of U.S. workers who care for the elderly lack even a single paid sick day.”

“You think this is the best healthcare system in the world? Walk a mile in my shoes, then say that.”

“There is no greater threat to privacy than the creation of a database of sensitive consumer financial and personal information sold for profit for purposes that are unclear and without the knowledge of the consumer.”

“It costs money, it doesn’t benefit the rich, and it’s something Obama wants. That’s three strikes, and that’s all she wrote.”

“Arkansas is the one and only state in the nation with a law that says you can be put in jail for not paying your rent.”

“We prefer to talk about poverty when it is manageable, when it can be solved by us – conveniently with a certain project that we can donate to and thus help ‘cure’ the problem.”

“Far from being ‘priceless,’ as the promoters of ever-more spending on higher education would have Americans believe, both undergraduate and post-graduate education is turning out to be a catastrophic investment for many young and not-so-young adults.”

“Unless, I guess, there’s that lash of necessity, that fear of real privation, people will make poor decisions about their families.”

“He chose to call himself out as a royal dickhead for life, because now we all know he wasn’t paying for sick leave before forced to by law.”