The Christian Post interviewed Tim LaHaye about the new Left Behind movie.

The new film will have a bigger budget than the earlier adaptation of LaHaye’s best-selling “Bible prophecy” novel. It will also feature Nicolas Cage as Rayford Steele. Steele is the protagonist who serves in the book as LaHaye’s wish-fulfillment surrogate, but LaHaye doesn’t seem to appreciate the awesomeness of having Nic Cage playing him. The conservative activist isn’t involved with this new movie and, therefore, he already doesn’t like it:

LaHaye, who took Cloud Ten Pictures to court several years ago over rights issues over the series, said he had read the script, written by Lalonde and John Patus, and indicated that he was not a fan.

“The plot line is nothing like the book. The only thing they retain are the names of the people, and maybe places,” LaHaye added. 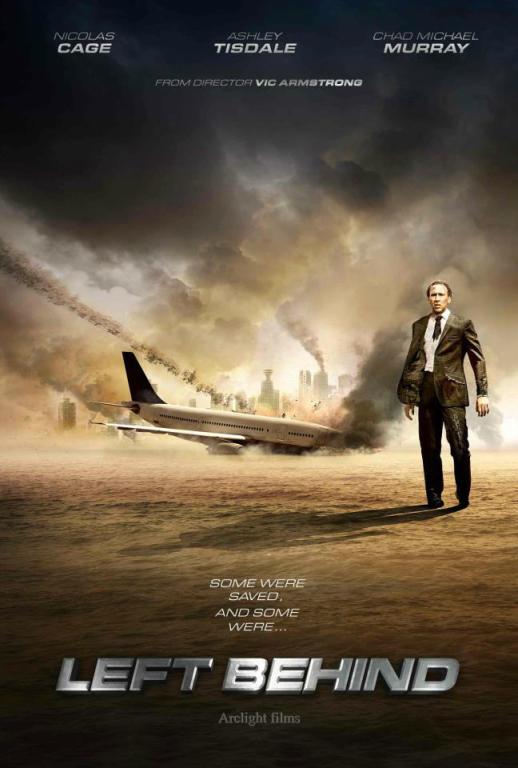 “There is no redemptive value to this movie,” he continued, while acknowledging that “it’s got a lot of intrigue.”

Lalonde and Patus co-wrote the screenplay for “Left Behind II: Tribulation Force,” and Patus served as a consultant for its follow-up, ” Left Behind: World at War.” Lalonde also co-wrote the surprisingly successful initial “Left Behind” movie, which grossed $4.2 million in its theatrical release and became 2001’s most successful independent movie through its video release.

LaHaye, explaining why he felt the need to take Cloud Ten to court in a case that lasted nine years, said he was disappointed that 2001’s “Left Behind” starring Kirk Cameron didn’t get the initial theatrical production he said the contract had called for and he had dreamed about.

The Christian minister and author, who said he’s not really sure how much money Cloud Ten actually put into making the 2001 film, knows well that “part of the problem with Christian movies, is that it’s always been a money factor, to raise enough money to do a quality production.”

… Although LaHaye didn’t see his dreams realized the first time around and doesn’t have a hand in its remake, “Left Behind” seems to finally be headed for the theatrical treatment he had initially hoped for, just not in line with his exact vision. But he’s still dreaming.

In his brief interview with CP, the author tested a “dream” title.

“How about ‘Nicolae: Rise of the Antichrist,'” the 86-year-old minister offered, referencing the third title in the end times series.

“Some day I’d like to do that, but not now,” LaHaye explained. He’s currently working to help raise funds for another film, “The Resurrection of the Christ,” said to be a sequel to Mel Gibson’s 2004 film, The Passion of the Christ.

So far, we’ve got Nicolas Cage and we’ve got Tim LaHaye whining that the script is “nothing like the book.” I’m almost starting to want to see this movie.