Another ‘Noah’s Ark,’ but this one might be OK

Oh no, not another one:

A company in Hialeah, Florida has embarked on a crusade of biblical proportions: they’re building a full-size version of Noah’s Ark from the book of Genesis.

Since we’re stubbornly refusing to heed the science about climate change — making cataclysmic sea-level rises ever-more likely — it might not hurt to have a whole fleet of seaworthy arks ready to go. And, as this map (via) showing what a 5-meter sea level rise would mean for south Florida shows, Hialeah might even be a logical place for this. 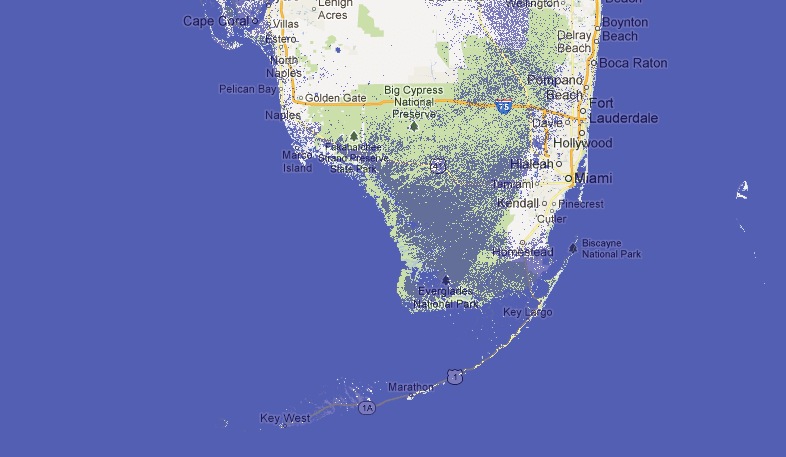 But wooden boats based on prehistoric blueprints are probably not the most prudent response to the threat of climate change.

The story of Noah is particularly tempting for a certain kind of illiteralist reader. The book of Genesis doesn’t just tell us that Noah built an ark, it gives us specs for the project:

Make yourself an ark of cypress wood; make rooms in the ark, and cover it inside and out with pitch. This is how you are to make it: the length of the ark three hundred cubits, its width fifty cubits, and its height thirty cubits. Make a roof for the ark, and finish it to a cubit above; and put the door of the ark in its side; make it with lower, second, and third decks.

If you’re the sort of person who reads the Bible with an utter lack of concern for meaning, substituting a laser-like focus on “proving” its stories are actually factual accounts by ancient journalists, then that passage presents an irresistible temptation. It suggests that you could actually build this thing and thereby, somehow, prove the story is true. (You know, just like how Justin Long’s character proved Galaxy Quest was true by building a replica of the communicator.)

And so we’ve already got Ken Ham building his replica ark in Kentucky (or, at least, soliciting donations for it), and there’s the one Dutch creationist Johan Huibers built in the Netherlands.

I don’t think we need yet another one in Florida.

But this story from Hialeah might actually be a bit more interesting. It seems this supposed replica of Noah’s Ark might not be another Gradgrindish attempt to defend the “literal” truth of that biblical story, but might actually have something to do with what that story means:

The company plans to use their 500-foot boat not as an apocalyptic life raft, but as an animal shelter and tourist attraction.

The company’s website explains that they plan to install webcams so visitors and contributors can watch them building the boat and check in on the animals from time to time.

That website is interesting. It talks about building this ark as “a message that deals with the preservation of the fauna and flora, and a wake-up call about the latest changes taking place in the current world.” But it also employs a good bit of Ken-Ham-like language and suggests that there is a literal ark awaiting discovery on Mt. Ararat.

So is this just another adventure in Ham-brained biblical illiteralism? Or are these folks shrewdly using that subcultural jargon in order to reach an otherwise-hostile evangelical Christian audience with a vivid lesson about the importance of stewardship, biodiversity, and conservation?

March 7, 2013
Its a problem, but its usually an honest mistake
Next Post