“That’s why I support marriage for lesbian and gay couples. I support it personally and as a matter of policy and law, embedded in a broader effort to advance equality and opportunity for LGBT Americans and for all Americans.”

“It appears to be just like Promise Keepers, except with beer drinkers and free rulers for measuring things.”

“Jesus called men to preach the gospel, not be stubborn jackasses.” 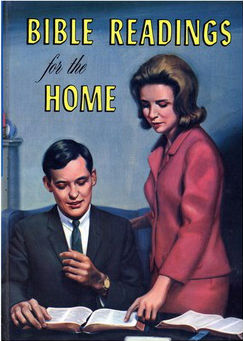 “The entire plan can be summed up in the words ‘vote Republican.’”

“All the resurrection movies use the Bible as source material, but ours will rely more on special effects. … We’ll even show heaven and hell and see what’s going on there.”

“It’s baffling that a government entity thought it was acceptable to take sides on religion and tell people what theological information they can and can’t access.”

“No one can have a right to deprive others of their important liberty as a prophylactic means of protecting his own.”

“Barton was familiar enough with the text that he must have read it … and then deliberately, consciously lied about it. … Barton rakes in millions, has the moral compass of a cockroach, and wants us to believe he has God’s direct email address.”

“And there are armed gangs roaming around neighborhoods.”

“It is good politics to oppose the black guy in the White House right now, especially for the Republican Party.”

“There is a lot of rhetoric in the conservative movement about reaching out the mestizo demographic, or reaching out to the homosexuals and blacks. Our question: why not reach out to whites?”

“There’s just too much denial, bad faith and comedy there under high pressure for the center to hold. And you can’t tempt the gods of farce on such an epic scale and not have a blow up.”

“He has previously played parts in several Biblical epics – including Satanic characters long before Barack Obama was elected as our president.”

“All of this is to say don’t be ridiculous, of course Mark Burnett and Roma Downey aren’t trying to say Barack Obama is the Devil, they are just saying all black people are the Devil!”

“You opened your heart wide to me — you made me more than a Pastor/Rescuer — you made me your friend your confidant, your beloved.”