Don’t treat people as symbols for a tribal loyalty quiz

Ashleigh Bailey wrote a perceptive post last week on “InterVarsity, Lawsuits, and Leadership.” Bailey digs down underneath to examine what’s really going on in a series of disputes over sectarian campus groups and whether or not they can discriminate on the basis of religion.

InterVarsity Christian Fellowship is a large evangelical Christian student group that has chapters at hundreds of colleges and universities all over America. As the name suggests, it’s a Christian fellowship — a sectarian, religious group run by and for students who belong to one particular religious sect. Membership in InterVarsity groups and attendance at their gatherings are not restricted only to Christians — they’d love everyone to come out to Bible study, and consider inviting non-Christian friends to various events to be a form of evangelism and a religious duty. But they also want the student leaders of their groups to be Christian students. 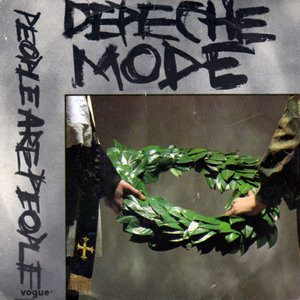 That’s understandable, since maintaining their identity as a Christian fellowship is pretty much the whole point of InterVarsity. But some sectarian student groups have recently run afoul of the guidelines many schools have for officially recognized (and/or funded) organizations, which prohibit such groups from discriminating on the basis of race, gender, religion, etc. Sectarian groups seek something like a ministerial exception that would allow them to require that their leaders share the religious perspective of the group, but some schools’ guidelines don’t easily accommodate that.

I’m sympathetic to InterVarsity’s desire to have Christian students lead its Christian student groups. No one seriously regards a legitimate ministerial exception as “religious discrimination.” None of us sees it as an injustice that the local Orthodox synagogue refuses to hire any rabbi who is not committed to Orthodox Judaism. We don’t cry foul when a local mosque looking for a new imam suggests that Catholic priests need not apply. And we would rightly mock any born-again Christian who tried to claim “religious persecution” over not being considered for the leadership of his college’s atheist student alliance. Nearly everyone appreciates that a ministerial exception is more akin to, for example, the Harry Potter Fan Club’s legitimate desire to have a Harry Potter fan as its leader than it is akin to any form of “discrimination” in the pejorative sense.

There’s an obvious, “no duh” logic to such exceptions, which suggests that it should be fairly simple to find a reasonable solution to these campus disputes.

But as Bailey describes, the real issue here is not the text, but the subtext. On many campuses where InterVarsity has wound up in such disputes, she writes:

The issue is InterVarsity’s objection to “practicing” gay Christian leaders.  In fact, from what I’ve read, at many of these campuses these issues are really the same.  The conversation goes something like this:

IV: “Susie, you are gay and think that’s OK, so you can’t be a leader anymore.”

Univ.: “That’s discrimination on the basis of sexual orientation!”

Univ: “Oh. Well that’s discrimination on the basis of religion!”

Then instead of objecting and saying something like, “Well, not all Christians agree with you” (which to me is a logical response), many universities are saying, “Well, maybe we shouldn’t let you discriminate on the basis of religion at all then.” Which then, of course gets presented as, “They want us to put Wiccan and Muslim students in charge of our Christian group!” Perhaps some universities would really push for that, but that’s not exactly where the conversation got started in the first place at many of these schools. At many of them this is starting as a conflict about sexuality.

Another reason this all gets so confusing, producing so much more heat than light, is that for many evangelical Christian groups like InterVarsity, the definition of their core sectarian identity is implicit, ill-defined, and unexamined. That identity is opaque and slippery even to the group itself.

Evangelical groups are prodigious producers of elaborate “statements of faith” that seem to spell out their core sectarian identity in extensive, lawyerly detail. But those statements of faith don’t include the tribal markers that provide the short-hand litmus tests for all of the theological-sounding mumbo-jumbo they enumerate in detail.

The groups themselves may not be aware of these tribal markers, or of their intense devotion to them, until someone transgresses the boundaries they create — even inadvertently — setting off the wailing of the tribal perimeter alarms.

In the case of InterVarsity, their statement of faith reads, in part:

We believe in the unique divine inspiration, entire trustworthiness and authority of the Bible.

The InterVarsity trustees who wrote that assumed that anyone who agreed with that statement must also agree that “it’s not OK to be gay.” They assumed that so thoroughly that they weren’t even aware they were making the assumption. They never imagined anyone like “Susie” or like me or like millions of other Christians who do not share their implicit belief that “the Bible” requires the condemnation of LGBT people. And because they couldn’t imagine it, they cannot understand what they’re hearing and seeing from us — they can’t really hear what we’re saying at all.

The conversation — an overly generous term — turns into something like this:

Us: We also believe in the divine inspiration, trustworthiness and authority of the Bible, but we don’t interpret that to require us to condemn LGBT people/ourselves.

Tribal Trustees: Well, then, you can’t possibly really believe in the Bible.

Us: Sure we do. Here, let us explain our hermeneu …

Tribal Trustees: No. We’re not going to listen to you talk about the Bible when you obviously don’t believe in it. End of discussion.

It’s more than just a refusal to listen. It’s a claim that we do not legitimately exist — that we are non-entities who therefore cannot be heard.

Worse than that, though, is what these tribal trustees are doing when it comes to LGBT people. They’re not treated as people at all — just as short-hand symbols who provide a convenient test. For the tribal gatekeepers, LGBT people do not matter as people. They do not even exist as people, but only as a useful gauge of any given defendant’s beliefs about the “authority of the Bible.”

And that’s one of the cruelest things about this whole business. Millions of people are treated as nothing more than abstractions — as useful things whose existence serves only as a convenient short-hand test. In this view, LGBT people exist primarily so that they can be disapproved of by those who would pass the authority-of-the-Bible test.

That’s just evil. Treating people as things is pretty much the definition of evil.

But stop treating people — flesh-and-blood children of God — as nothing more than symbols for your tribal loyalty quizzes. That’s evil. Knock it off.

March 19, 2013 Praise for Melissa Rogers as choice to head White House faith-based office
Recent Comments
66 Comments | Leave a Comment
"The idea is church-growth by aggressively targeting and tracking every potential member in the neighborhood.Stasi-ing ..."
reynard61 ‘Are You All Right?’
"I’m pretty sure Stalinist anything is bad…"
SkyknightXi What do you see when you ..."
"Thank you. Coming down, but slowly. Thoughts are a little stickier, a little heavier. My ..."
damanoid Jan. 26 Flashback: It’s all about ..."
"In "Stealing the Elf-King's Roses", one of the characters says that the ethical constant in ..."
P J Evans Jan. 26 Flashback: It’s all about ..."
Browse Our Archives
get the latest updates from
slacktivist
and the Patheos
Progressive Christian
Channel
POPULAR AT PATHEOS Progressive Christian
1