So the Supreme Court of the United States is hearing arguments about same-sex marriage. Andrew Sullivan has a good summary of the key points from the first day of the discussion (Dylan Matthews has another good look).

Unsurprisingly, the specter of polygamy made an appearance, something that may be familiar if you’ve ever discussed marriage equality with relatives, co-workers or fellow parishioners who oppose it, but can’t quite explain why. It’s not so much an argument as a defense of not having one: “Oh yeah? Well just because I can’t give a good reason why something should be prohibited doesn’t mean it should be allowed! After all, I can’t explain why polygamy, incest and bestiality should be prohibited either — so does that mean those should all be made legal too?”

It’s always those three things, all lumped together. That trinity of slippery slopes is so common that John Corvino has given it a name: “PIB.” 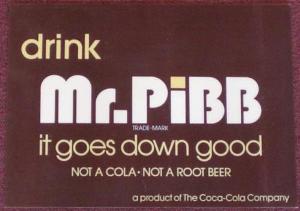 I’ve referred to this slippery-slope argument as the “PIB” argument, short for “polygamy, incest and bestiality,” although other items sometimes make the list as well. What got me interested in PIB, aside from my wanting to defend gay people against nasty smears, is that it isn’t entirely clear what the argument is saying. Is it predicting that once homosexuality becomes more accepted (some of) these other things will become more accepted as well? Is it making a logical point, suggesting that, even if these things won’t ensue, in fact, they’re somehow related in principle? Or is it primarily a rhetorical move, simply trying to scare people away from homosexuality by invoking a parade of horribles? In many ways, the PIB argument seems more like a question or a challenge than an argument proper: “OK, Mr. or Ms. Sexual Liberal, explain to me why all these other things are wrong.”

Corvino’s Salon essay, excerpted from his book What’s Wrong With Homosexuality, is worth reading in full, then bookmarking for future use, the same way one bookmarks the Snopes pages for the urban legends your crazy uncle is always pasting on your Facebook wall. Corvino deals with each of the three matters in turn, but also steps back to consider what these weird-but-popular objections may mean to those raising them. Their popularity clearly doesn’t arise from their logical potency, so what’s the attraction?

The PIB argument, he says, can be approached in two ways: “a logical version and a causal version.” In the “logical” form, Corvino says, the argument claims that the argument for marriage equality “proves too much” — making a case not just for same-sex marriage, but for all the PIB elements too. In this form, he says, PIB is basically a reductio ad absurdum argument that dodges the need to respond to arguments for marriage equality by claiming, instead, that such arguments also somehow support P, I and B. Here’s Corvino:

The point is not to make a prediction: It’s to indicate the alleged logical inconsistency of supporting homosexuality while opposing PIB.

But why would anyone think that supporting same-sex relationships logically entails supporting PIB? The answer, I think, is that some people misread the pro-gay position as resting on some version of the following premise: People have a right to whatever kind of sexual activity they find fulfilling. If that were true, then it would indeed follow that people have a right to polygamy, incest, “man on child, man on dog or whatever the case may be.” But no serious person actually believes this premise, at least not in unqualified form. That is, no serious person thinks that the right to sexual expression is absolute. The premise, thus construed, is a straw man.

He does a nice job in explaining, in each case, why one can consistently support same-sex marriage while opposing PIB, with a particularly helpful discussion of distinctions between same-sex marriage and polygamy.

Corvino doesn’t give a great deal of time or attention to the B part of PIB, briefly noting that, “Of course there’s the issue of consent,” and quickly moving on. But let’s linger there for a moment longer, because I’m not sure that “of course” is appropriate. The reason that so many people continue to raise endless “man on dog” and “box turtle” variations of this weird bestiality argument is that they don’t have the slightest regard for consent as a necessary component of marriage or sex or love. Some of us may nod along, saying “of course, of course” to Corvino’s “of course,” but a great many of the PIBsters don’t see anything “of course” about it. Consent isn’t part of their framework. They’re defending traditional marriage, after all, and traditionally marriage was about property, not about mutual consent.

And “tradition” here doesn’t mean something from biblical times in the ancient world, or even something centuries distant like the world of Jane Austen’s novels. Here in the United States, wives have been regarded as the property of their husbands to the extent that spousal rape was not recognized as a crime until the late 1970s.

The other form of the PIB argument, Corvino says, is the “causal version,” in which the connection between same-sex marriage and PIB:

… is not logical but empirical. That is, perhaps the endorsement of one item will lead to the endorsement of others, whether or not it logically should. For instance, maybe the wider acceptance of homosexuality will embolden polygamists and make it harder for others to resist their advocacy.

This is followed by 10 paragraphs in which Corvino settles on Stanley Kurtz as the strongest proponent of this argument. He reviews Kurtz’s argument, fortifies it a bit so that he has something worth considering, and then thoroughly dismantles it. He concludes that, “the causal version of the PIB arguments fails, both as a prediction and as a moral objection,” and anyone reading along will share that conclusion.

Anyway, do go read the whole thing. And then bookmark that link for the next time your Facebook friends or religiously indignant relatives start crying PIB.

March 26, 2013
Birth certificates and bathrooms in Arizona
Next Post