Postcards from the culture war

Postcards from the culture war May 7, 2013 Fred Clark

“It will be a blessing to the babies.”

“He stated his intent was to damage the building because they ‘”kill’• and ‘”murder’• babies.”

“Most importantly, both are marked by a deep mistrust of the people they target, by the belief that, if furnished with all the relevant information, those people will make the ‘wrong’ decision.”

“It ain’t true love unless you can get pregnant.”

“I want to talk to the men now. This violence is our fault.” 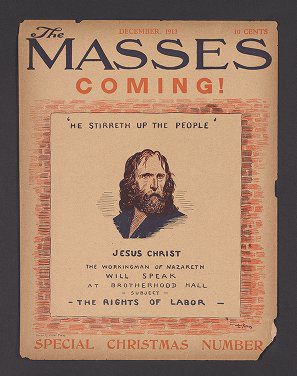 “We clearly live in a culture where it is safer and better to be a rapist than to be a rape victim.”

“I honestly don’t think evangelicals can come to accept marriage equality until they deal with their antifeminism problem.”

“If you really care about those issues as passionately as you say you do, you should be thanking feminists, because feminism is a social movement actively dedicated to dismantling every single one of them.”

“If you are more offended by my faithfully raw language than the twisting of scripture to provide justification for oppression then I promise you that I find your way of talking and thinking as deeply offensive as you do mine.”

“Women, of course, are presumed to be too dim and too delicate to see through this obvious charade.”

“I can change my sexual preference tonight if I want to.”

“I have built Habitat homes for colored people.”

“It was in ill-fated attempt at humor, on my personal page, not the county party’s page.”

“This is a leftist front group for the state Democratic party and we’re not going to lend a hand to their silly publicity stunt.”

“They love us to death, don’t they? The same way the ancestors of many of these folks once loved Jews, witches, and heretics right to death.”

“People like to talk about ‘speaking the truth in love’ which, I have gathered, means politely telling someone they’re a horrible sinner.”

“My goal is to join with the SES family to produce an ever increasing number of graduates who will be the green berets and paratroopers of God’•s army, and who will be used by him to win tremendous victories for Christ and His kingdom.”

“But then again, the pull of the Christian-right lobbying machine in Washington may co-opt the careerist among them and produce another generation of Tony Perkinses.”

“Rapists can seek custody in a majority of U.S. states.”

“The most important thing is gun safety.”

“How dare anyone else tell them which they should do?”

“The tipping point has been passed.”

May 7, 2013
Blade Runner, Terminator, Minority Report and the deliberate sabotage of the Postal Service
Next Post

May 7, 2013 John Corvino opens Bible, reads what it says -- why would 'conservatives' disagree?
Recent Comments
51 Comments | Leave a Comment
"As Hunter S. Thompson once said to Oscar Acosta, if you keep begging people to ..."
Turcano The Satanic Panic of the ’20s
"It's about the who, not about the what."
Rakka The Satanic Panic of the ’20s
"That's the version I heard as well."
Lsamaknight Jan. 27 Flashback: Your mama
"Yep. Those three countries are traditionally considered part of the historical Sinosphere (modern... China wants ..."
Lsamaknight What do you see when you ..."
Browse Our Archives
get the latest updates from
slacktivist
and the Patheos
Progressive Christian
Channel
POPULAR AT PATHEOS Progressive Christian
1