Blade Runner, Terminator, Minority Report and the deliberate sabotage of the Postal Service

Blade Runner, Terminator, Minority Report and the deliberate sabotage of the Postal Service May 7, 2013 Fred Clark

Just think of that date: 2088. That’s the future. It’s decades after the future we’ve imagined.

I’ll be long dead by then. So will every current member of Congress. 2088 is a long, long way away.

And yet, today, now, at the moment, the U.S. Postal Service is required by law to already be pre-funding employee benefits for that baby who won’t be born until 2023 and won’t start working for the USPS until 2046. 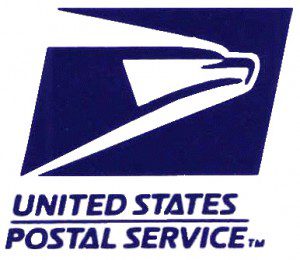 And the Postal Service is run by the government, even though it funds itself without any tax dollars.

So if your whole political shtick is based on being anti-government, then the Postal Service is a threat you’ve got to get rid of. That’s why, back in 2006, Republicans in Congress passed something called the “Postal Accountability and Enhancement Act,” requiring the agency to “pre-fund its future health care benefit payments to retirees for the next 75 years in an astonishing ten-year time span.”

(The USPS is also home to lots of unionized public employees, and the GOP lately has decided that unionized public employees are Public Enemy No. 1. That’s an odd claim — villainizing police officers, firefighters, first responders, teachers and mail carriers doesn’t seem like an easy or an obvious task, but that’s the current Republican plan, and the “Postal Accountability and Enhancement Act” is a part of that strategy.)

The PAEA was designed to bankrupt the Postal Service — to turn a government service that Americans like into something that could be railed against as wasteful, inefficient and costly. That’s what the law was meant to do. That’s exactly what the law is doing, just as planned.

It was a deliberate act of sabotage. And it’s working. The whole point of requiring the agency today to fund benefits for workers it won’t hire until 2046 was to ensure that the agency wouldn’t still be around in 2046 to hire anybody.

Rep. Peter DeFazio, D-Oregon, has introduced a bill to repeal the sabotage of the Postal Service — getting rid of the malicious and absurd requirement for pre-funding 75 years worth of benefits, and rescuing the agency from this Bush-era attempt to euthanize it.

But the Republicans who passed the sabotage bill in 2006 are still in charge of the House of Representatives today, so DeFazio’s bill faces a brick wall of opposition. The last thing that John Boehner, Eric Cantor and Paul Ryan want to see is a money-saving plan to improve the efficiency of a government service beloved and relied on by the American people.

Can Religions Make Room for Robots?
A while back Eboo Patel encouraged students to pursue degrees in the liberal...
view all Progressive Christian blogs
What Are Your Thoughts?leave a comment
Copyright 2008-2021, Patheos. All rights reserved.