‘You’re a slacker, McFly’: Vice Principal Strickland is always with us

‘You’re a slacker, McFly’: Vice Principal Strickland is always with us May 29, 2013 Fred Clark 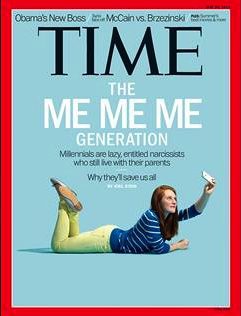 Not much has changed. These articles still mostly trade in sweeping generalizations that communicate far more about the writers than about the purported subjects. They’re all still written with that “Here’s what you need to know about these weird kids” perspective — presuming that “you” are and must be, like all legitimate people, not one of them. Most of these pieces never realize, let alone overcome, this insider/outsider, us/them framing, and thus never seem to realize that their central theme tends more to be congratulating their intended readers for not being like these kids today than about actually trying to understand whatever generation they claim to be describing, interpreting, or pinning to a board like a lepidopterist collecting specimens.

The olds and scolds who made “Generation X” the nickname for people my age traced that term back to Douglas Coupland’s 1991 novel — but no further. Given that they never actually read that book, and that they weren’t particularly interested in finding out anything more about how or why Coupland might have chosen that title, they wound up using the name clumsily, like someone who’d selected an unfamiliar word from out of a thesaurus. They used the term with no sense of layers, of reference, allusion or connotation as to why “wild, wild, wild youth” might have embraced it.

The same was true of the favored pejorative used for Gen-X: “slackers.” The olds and scolds seemed to think this term originated with the 1991 Richard Linklater movie they never watched. And since they never bothered to figure out why Linklater chose that term, or what he meant by it, they never learned to use the term correctly. Despite cranking out endless iterations of the same article lamenting the supposed “ironic detachment” of Generation X, it never seemed to occur to them that the term “slacker” might be one that could only be understood ironically.

Richard Linklater didn’t invent the word “slacker.” Like most people my age, he appropriated it from Back to the Future.

You got a real attitude problem, McFly. You’re a slacker. You remind me of your father when he went here. He was a slacker, too.

The whole point of that scene — and of Strickland’s existence as a character in the movie — is that he’s wrong. He’s wrong about Marty, and he’s wrong about young people in general. Strickland is a cruel clown whose words are not intended to be taken at face value. This is made very clear in the scene above, in which Strickland is angry with Marty for entering his band in the school’s dance audition. “Why even bother, McFly?” Strickland says, “No McFly ever amounted to anything.”

In other words, Strickland calls Marty a “slacker” because he’s too ambitious — because he refuses to settle, because he’s not apathetic, complacent and compliant.

Thus Back to the Future tells us that this shallow, literal-minded “definition” of the word slacker cannot be taken seriously. Strickland’s definition of “slacker” as a pejorative dismissal for young people, the movie says, is simply wrong. (This is why I find it particularly grating when people cite Strickland as a credible authority to justify their redefinitions of my word.)

As with many pejorative terms, the nominal definition of the word “slacker” is less important than what the use of the word signifies. The word provides little descriptive information about its target, but it reveals a great deal about the person wielding it. “You’re a slacker, McFly,” tells us nothing trustworthy about Marty, but it tells us all we need to know about Vice Principal Strickland.

All of which is to say this to those of you in the “Millennial Generation”: Don’t listen to Vice Principal Strickland, or to Time magazine, or to any of the other olds and scolds desperate to categorize and dismiss you because of your age.

May 29, 2013
'Pro-life' groups still not speaking up for pregnant workers
Next Post