Southern Beale is not impressed with the exegetical skills of kleptocratic Tennessee Republican Stephen Fincher:

Rep. Stephen Fincher, you are a horrible person who uses the Bible to selectively justify your greedy, selfish ways. Woe unto you.

This is not Sunday school language, and the Civility Police will no doubt be horrified that Southern Beale is stating truth so directly and so accurately. (When someone like Fincher extravagantly flaunts his bad faith arguments, the Civility Police always insist we must pretend he hasn’t done so. Pretending, euphemistic inaccuracy, and never, ever calling out self-serving liars are the hallmarks of their idea of “civility.”)

Fincher, you see, does not like Food Stamps. He wants to cut $21 billion from food aid for poor people.

This cut would be part of the big Farm Bill — the same bill which guarantees that Fincher himself will continue to receive even more of the agricultural subsidies he’s been collecting personally for years, to the tune of $3.48 million to him directly since 1999:

At a Holiday Inn in Memphis over the weekend, Fincher expanded on his version of the Christian social gospel: “The role of citizens, of Christians, of humanity is to take care of each other, but not for Washington to steal from those in the country and give to others in the country.”

While Fincher interprets food assistance for the needy as “stealing,” he has not similarly condemned the Farm Bill’s massive agricultural subsidies. In fact, he supported a proposal to expand crop insurance by $9 billion over the next 10 years. Fincher has a great personal stake in maintaining these particular government handouts, as the second most heavily subsidized farmer in Congress and one of the largest subsidy recipients in Tennessee history:

USDA data collected in EWG’s 2013 farm subsidy database update … shows that Fincher collected a staggering $3.48 million in “our” money from 1999 to 2012. In 2012 alone, the congressman was cut a government check for a $70,000 direct payment. Direct payments are issued automatically, regardless of need, and go predominantly to the largest, most profitable farm operations in the country.

Fincher’s $70,000 farm subsidy haul in 2012 dwarfs the average 2012 SNAP benefit in Tennessee of $1,586.40, and it is nearly double of Tennessee’s median household income. After voting to cut SNAP by more than $20 billion, Fincher joined his colleagues to support a proposal to expand crop insurance subsidies by $9 billion over the next 10 years.

That argument takes a lot of gall to make. Even more galling is Fincher’s attempt to say that taking food away from poor people — in order to give more to him, personally — is the “Christian” thing to do. Cutting food assistance for the poor by $21 billion, Fincher claims, is what Jesus would want.

To find that anything other than infuriating you would need to share Fincher’s contempt for poor people, or his contempt for Jesus, or both.

Jesus’ own response to this — to exactly, precisely, literally the very thing that Rep. Stephen Fincher is saying — was to say, “You are accursed, depart from me into the eternal fire prepared for the devil and his angels.”

Somebody better call the Civility Police about that one.

That’s from Matthew 25. Fincher didn’t quite have the audacity to cite that chapter, instead choosing to make a mess out of a passage from the following chapter, in which Jesus says, “You always have the poor with you.” Mark’s version of that story is longer, so let’s quote that, from Mark 14:7: “For you always have the poor with you, and you can show kindness to them whenever you wish.”

That’s from the NRSV, not from Fincher’s GOP translation of Mark’s Gospel, which apparently reads, “For you always have the poor with you, and you can take $21 billion in food aid away from them whenever you wish.”

Fincher is quoting Jesus and counting on his listeners not knowing that Jesus was quoting scripture. Because anyone who knows that will instantly recognize that Fincher is twisting Jesus’ words into the opposite of what they mean.

Jesus was quoting from the Torah, from Deuteronomy 15. That’s another one of those Jubilee passages. The chapter starts with a quick rehash of the laws regarding the Sabbath year. Every seven years, debts must be cancelled. Thus saith the Lord.

Jubilee and the cancellation of debt are kind of a major theme in the Bible. This tends to escape the notice of most American Christians — particularly those who most loudly proclaim themselves to be upholders of “biblical” morality. Years of painstaking conditioning have rendered this major biblical theme invisible to the eyes of American readers, so much so that people like Dave Ramsey have been able to create an industry out of teaching the opposite of Jubilee.

Every seven years, Deuteronomy 15 reminds us, “every creditor shall remit the claim that is held against a neighbor, not exacting it.” Follow all these rules for Jubilee, Deuteronomy says, and there will be no such thing as poverty:

There will, however, be no one in need among you, because the Lord is sure to bless you in the land that the Lord your God is giving you as a possession to occupy, if only you will obey the Lord your God by diligently observing this entire commandment that I command you today.

If there is among you anyone in need, a member of your community in any of your towns within the land that the Lord your God is giving you, do not be hard-hearted or tight-fisted towards your needy neighbor. You should rather open your hand, willingly lending enough to meet the need, whatever it may be. Be careful that you do not entertain a mean thought, thinking, “The seventh year, the year of remission, is near,” and therefore view your needy neighbor with hostility and give nothing; your neighbor might cry to the Lord against you, and you would incur guilt. Give liberally and be ungrudging when you do so, for on this account theLord your God will bless you in all your work and in all that you undertake. Since there will never cease to be some in need on the earth, I therefore command you, “Open your hand to the poor and needy neighbor in your land.”

That is the context for Jesus remark in the Gospels. “For you always have the poor with you” is Jesus’ direct quotation of Deuteronomy 15:11, “Since there will never cease to be some in need on the earth.”

That statement is followed by a “therefore” — “I therefore command you, ‘Open your hand to the poor and needy neighbor.'” In reciting the first part, Jesus was invoking the second, the “therefore.” He didn’t need to recite all of Deuteronomy 15 for his disciples because he knew that they, unlike American Christians like Rep. Stephen Fincher, were not biblically illiterate.

For Jesus, it was impossible to cite the first part without reinforcing the second part. The two are inextricably linked — hence that “For ..” and “Since …” in our English translations. People like Fincher who invoke the first part as a denial of the second part are mangling the Bible in obscenely perverse ways, turning Jesus’ words into their opposite and turning Christ into antichrist.

Don’t miss the rebuke there in Deuteronomy 15. That’s the key point here — it’s why Jesus chose to quote this particular passage, applying its rebuke to Judas.

“If only you will obey the Lord your God,” Deuteronomy 15 says, there will be no one in need. And then, six verses later, “Since there will never cease to be some in need …” Ouch. That passage just comes right out and says “you’re all a bunch of disobedient disobeyers who will never cease to disobey disobediently.” And in the context of the Pentateuch, that’s not good. (Do you know what Deuteronomy says should happen to the disobedient? It isn’t pretty.) In that context, that’s far harsher than anything Southern Beale had to say to Rep. Fincher.

Whenever you hear some blowhard quoting “the poor will always be with you” in the backwards, antichrist way that Fincher invoked it, there really is nothing more true, more appropriate, or more necessary to be said than just exactly what Southern Beale wrote: “You are a horrible person who uses the Bible to selectively justify your greedy, selfish ways. Woe unto you.”

And “Repent, asshole,” is actually charitable — an extension of mercy, offering Fincher, et. al., a last-gasp shot at escaping their otherwise certain fate of “You are accursed, depart from me.”

It’s not possible to avoid upsetting the perpetually upset Civility Police, but I’ll try not to give them an excuse to utter their well-rehearsed gasps here by avoiding S.B.’s salty language. Instead, I’ll just stick with quoting the G-rated, but far harsher, language of Deuteronomy:

Rep. Stephen Fincher, be careful that you do not entertain a mean thought … and therefore view your needy neighbor with hostility and give nothing; your neighbor might cry to the Lord against you, and you would incur guilt.

You would incur guilt. You have incurred guilt. You are incurring guilt.

May 29, 2013
'You're a slacker, McFly': Vice Principal Strickland is always with us
Next Post

May 31, 2013 This sad spectacle would never have happened if Gene Rivers was still alive
Recent Comments
54 Comments | Leave a Comment
Browse Our Archives
Related posts from slacktivist 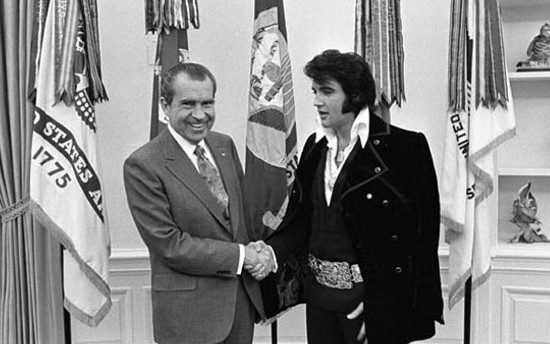 Progressive Christian
Malcontents when the last are first
slacktivist