Hate is what you do, not what you feel

Here’s the core of his point:

[Christians who oppose LGBT equality] do not hate or fear LBGT people. They fear God. They carry a perception of the wrathful Old Testament God who will destroy cities or nations if “sin” is found in the camp. … Attempts to reconcile this ancient God of wrath with the God of love and inclusion that Jesus represented tend to create a sort of congitive and spiritual dissonance. And so, most Christians don’t hate and fear gays — they really want to love them. What they fear is God’s wrath and what they hate is the idea of the destruction God will bring down if LGBT people are accepted — if “sin” is allowed. There is also an earnest desire to be faithful and obedient to what they perceive God’s will to be.

The distinction Coleman makes is accurate, and it can be helpful in shaping how we go about trying to reach such Christians, to persuade them to change, and to liberate them from the toxic theology* they’re trapped in — the one that leads them to behave hatefully toward people “they really want to love.”

The problem with Coleman’s post is that the accurate distinction he makes about the source of these Christians’ opposition to LGBT equality doesn’t mean everything that Coleman wants it to mean. “I do not like it when Christians who oppose LGBT equality are accused of ‘hating’ or being ‘homophobic,'” he begins. “They do not hate or fear LBGT people.” 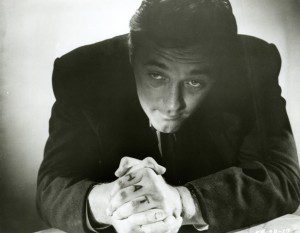 Let’s deal with the fear first. These Christians do, in fact, fear LGBT people. They have to because, as Coleman notes, they believe God requires them to do so. This fear may be an indirect side-effect, but that doesn’t mean it isn’t real or that it somehow doesn’t matter.

This fear is the inevitable byproduct of the theology Coleman describes: God will punish me if I allow the human dignity and legal equality of Group X. To be safe, then, from the temptation of allowing such dignity and equality, I must avoid Group X. I must flee Group X.

This is much like the dual fear of bystanders in any context of ethnic cleansing. Their first fear is of the mob or the secret police. They understandably are frightened of incurring the lethal wrath that is sure to befall anyone who might appear to be giving aid or sympathy to the minority being targeted. And thus that first fear prevents bystanders from assisting, sheltering or defending the population being persecuted. The bystanders may feel bad about this, but they cannot or will not risk doing otherwise.

And thus bystanders never only fear the mob or the secret police. They also fear the knock at the door. I don’t mean the loud knocking of the mob or the police — they have obediently done nothing to have to dread such an inspection. No, the knock that they fear is the furtive knock of a neighbor in need. They come to dread this more than anything.

And that dread, ultimately, becomes resentment. Guilt always leads to resentment. And so those in need — the minority being targeted by the mob and the secret police — become both feared and hated by the bystanders.

So too, inevitably, these Christians come to fear and hate the people whose equality they oppose, however reluctantly and regrettably at first.

We only sometimes do wrong to those we hate, but we will always come to hate those whom we have wronged.

The core problem, I think, is that Coleman wants to limit hate to a feeling. And hate is not what you feel, it’s what you do.

Think of what the book of James says:

If a brother or sister is naked and lacks daily food, and one of you says to them, “Go in peace; keep warm and eat your fill.” and yet you do not supply their bodily needs, what is the good of that?

How does God’s love abide in anyone who has the world’s goods and sees a brother or sister in need and yet refuses help?

Consider this hypothetical case of Bob and Ted.

Bob hates Muslims — hates them with a visceral, fiery hatred that burns in the pit of his stomach and keeps him up at night. He feels hatred toward them.

So Bob supported the successful campaign that convinced the county zoning board to reject a local Muslim group’s bid to build an Islamic community center on the same block as two local churches.

Ted, on the other hand, does not feel any such visceral hatred toward Muslims. On the contrary, he says, he loves his Muslim neighbors. It causes him real grief, he says, that they have been deceived by a false religion. Ted thus believes that it would be wrong to allow an Islamic community center to promote this deceptive false religion, endangering and ensnaring the souls of even more of his neighbors. And he fears that America will be punished if it tolerates false religions, just as Israel was punished in the days of Gideon.

So Ted supported the successful campaign that convinced the county zoning board to reject a local Muslim group’s bid to build an Islamic community center on the same block as two local churches.

Now, if “hate” refers only to a feeling in the gut — to a palpable sensation of animosity, abstracted from any deed or action or tangible consequence — then I suppose we could say that Bob “hates” Muslims while Ted does not.

But so what? Their gut feelings may differ, but their actions do not. Only Bob feels hatred, but both of them behave hatefully.

The difference between Bob and Ted is meaningful as far as how we might go about trying to persuade them to change — to repent and be liberated — but it means nothing in terms of the real-world damage and harm that both are doing to their actual neighbors. Ted does not earn bonus points for not feeling animus while acting in a hostile manner. He does not get a cookie as a prize for not “hating” the people whose human dignity and legal equality he opposes.

Is Ted “better” than Bob? I guess, perhaps, maybe — but who cares? Being better than Bob is a dismayingly low standard. Better than Bob can still be a long, long way from being good.

Hate is what you do, not what you feel.

* Just how toxic that theology is becomes clearer if we polish up the parallelism in Coleman’s post. He says these anti-gay Christians shouldn’t be “accused of ‘hating’ or being ‘homophobic'” because “They do not hate or fear LGBT people. They fear God.” Hate & fear, hate & fear. Fear.

Correct the parallelism, balance the equation, and you’ll notice that the logic of Coleman’s distinction shows us that these folks don’t just “fear God.” They hate God.