1. Darrel Dow shares a “Pre-Courtship Questionnaire” he says was “received from a church in fundy circles.” It lists 423 questions.

Part of me thinks this must be some kind of parody, but then I don’t think someone writing a parody would have the obsessive determination to just go on and on and on and on and on with the joke like this. The sheer amount of work it took to create this much of whatever-this-is suggests it’s genuine. Genuinely what I can’t fully say. 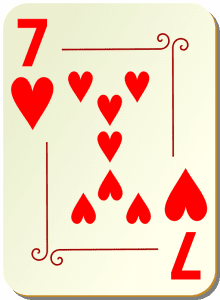 2. Gene Robinson on how, again, sometimes the biggest news is that what used to be big news is no longer big news.

3. Here’s a Greenwald article on how Big Data is creating “a groundswell of social good.” That’s Ted Greenwald, not the other one. It’s an interesting look at Rayid Ghani’s ideas for how to harness big data for collaboration and hopey change-y goodness.

4. Richard Beck writes about memory and old-time gospel hymns, including “Leaning on the Everlasting Arms.”

Here’s the greatest version of that song ever recorded, a duet between Robert Mitchum and Lillian Gish. “It’s a hard world for little things.”

I’d bet the Coen brothers had that scene in mind when they decided to use Iris Dement’s terrific version of the song in True Grit.

5. “A place that’s far, so far away.” The song. The person who inspired it. (via) Rockville is in that radio deadzone between Philly and D.C., so I always wind up with this song stuck in my head when I’m driving that way on I-95.

7. “Well, I’m at home at about 12 – I’d say about 11:30, almost 12 o’clock at night. And I’m hunkered down in my bed with my husband, very pregnant, and we got a call from a dear friend of mine and producer named Jack Nitzsche. Jack Nitzsche called and said you know, Merry, are you busy? I said No, I’m in bed. he says, well, you know, There are some guys in town from England. And they need someone to come and sing a duet with them, but I can’t get anybody to do it. Could you come?”