1. Funny or Die offers a sneak preview of the first new film from Rick Santorum’s EchoLight Studios. (Not really, but it is a good joke, well-executed.) 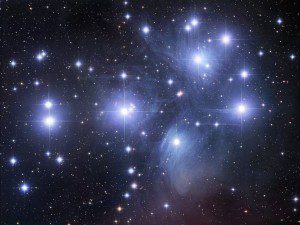 I think of Haldane as the “inordinately fond of beetles” guy. I’ve noted before that I think that comment — “If one could conclude as to the nature of the Creator from a study of creation, it would appear that God has an inordinate fondness for stars and beetles” — is an excellent piece of theologizing. Same goes for the quote above about the surpassing strangeness of the universe.

The other place I’d encountered Haldane was in C.S. Lewis posthumously published essay, “A Reply to Professor Haldane,” which included Lewis’ condemnation of theocracy (see here). That “reply” was a response to a couple of barbed pieces by Haldane in response to Lewis’ worries about what he called “scientism.” They seem to have been talking past one another a bit in that exchange.

3. “I’ll be post-feminist in the post-patriarchy.”

4. Gary Bauer — the diminutive founder of the Family Research Council who later came up short in his bid for president — says that those of us advocating for marriage equality are not actually advocating for marriage equality. We’re just using that as an excuse to imprison anti-gay Christians like Gary Bauer. In a Washington Times column, Bauer writes:

The ultimate goal of homosexual-rights activists is not to legalize same-sex marriage. Rather, it is to silence those who disagree with them and, if necessary, to throw them in jail. … How did we get to the point where homosexual-rights activists would be clamoring to redefine society’s oldest and most reliable institution and people of faith would be worried about being fined or jailed for teaching their faith?

To answer Bauer’s question, if any “people of faith” actually are “worried about being fined or jailed,” my guess is that this fear comes from columnists like Gary Bauer repeatedly telling them that this is something they should be frightened of.

It also comes from these people of (very timid) faith somehow being the only people in America who have never heard of the Rev. Fred Phelps and his notorious Westboro Baptist Church. If they know who Phelps is, then they know that what Bauer is saying is not true. If no one is trying to put Fred Phelps in jail, then it’s ridiculous for cowardly Christians to fear they’re facing prosecution or persecution just because they believe in some less-confrontational and less aggressively abrasive form of “God hates [The Other]” theology.

5. Delaware has a new law protecting manufactured-home owners. As you may have read, the trap for manufactured- or “mobile-” home owners is that they own their house, but not the land it sits on. Most manufactured-home owners pay rent for the lot beneath their not-so-mobile home, and since trying to relocate the home can cost thousands of dollars, there’s no market-based check against landlords imposing predatory increases in rent. Delaware’s new law doesn’t impose rent control, but says that any proposed lot rent increase of more than the CPI has to be justified to and approved by a state commission. It’s not as ideal as helping residents to buy the land under their homes in order to form a resident-owned community, but it’s an enormous improvement over the former status quo, in which these folks had no protections from markets or from government.

6. A reminder: The Pregnant Workers Fairness Act was reintroduced in the U.S. House of Representatives in May. A second reminder: “Pro-lifers” still seem mostly silent and/or hostile toward this bill. That suggests something.

7. Two examples of what the Internet is for: The Skunk River National Park Twitter feed (via Grist) and the Amazon customer reviews for the Mizuno Women’s Wave Rider 16 Running Shoe (the Sen. Wendy Davis model). Well done, folks.

July 1, 2013
1 year ago: Empathy is always one possible option
Next Post