1. “Wisconsin Supreme Court Upholds Homicide Conviction for Faith-Healing Parents” says the headline at Christianity Today. That’s obviously inaccurate. If they were faith-healing parents, then their 11-year-old daughter wouldn’t have died from diabetes. Their little girl died because there was nothing healing about her parents’ faith. Their faith was deadly.

But this inaccurate headline was actually an improvement on the original posted there at Christianity Today, which is still preserved in the post’s URL: “Faith-Healing Parents Denied Free Exercise of Religion in Death of Child.”

Seriously? I’m glad saner heads prevailed and changed that, but good Lord. Was that “denied free exercise of religion” claim written sincerely, indicating a deep dive into the delusion of the privileged persecution complex? Or was that headline just a cynical exercise in reflexive partisan spin? I don’t see a third option. 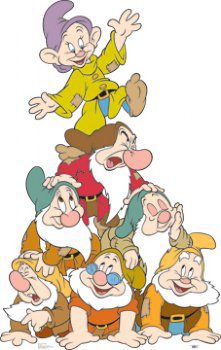 2. My guess is that if a man — a male human, with a penis — were to stand in any state capitol and speak for 11 straight hours on a single topic, media reports and pundits would discuss what he said during those 11 hours. After all, 11 hours of talking means there’d be a lot of content, a lot of substance there to sift through and to evaluate. And with 11 hours of oratory to evaluate, 11 hours of factual claims to assess, 11 hours of argument to engage, qualify or rebut, if possible, there’d be plenty for everyone to talk about.

Too much to talk about for anyone to bother with what kind of shoes the guy was wearing.

I’ve seen a lot of pushback against Sen. Wendy Davis for her filibuster of Texas’ latest ratcheting up of abortion restrictions, but none of it has quoted a single sentence of her 11-hour speech. Not a single sentence.

She spoke for 11 hours. And her opponents still refuse to listen.

3. The U.S. Senate, last week, passed its version of a comprehensive immigration reform bill with a bipartisan, 68-32 majority. The evangelical immigration group G-92 is celebrating that vote, calling it “Victory — Part 1.” I hope they’re right and that the House allows a vote on the bill, and that enough Republicans go along with the Democrats to pass it. But if Speaker John Boehner and the House GOP kill the bill there, that wouldn’t just mean there’s no “Victory — Part 2,” but also that “Part 1” didn’t mean anything either. We’ll have to wait and see. And, while we’re waiting, we can also call, write and email.

4. Don Byrd of the Baptist Joint Committee writes about “Big Mountain Jesus” — a statue of Jesus erected 60 years ago on federal land in Montana by the Knights of Columbus. But this sectarian symbol erected by a sectarian group for sectarian reasons is, a court ruled, now a secular, profane, meaningless “curiosity.”

The idea is disturbing that a monument to Christ can lose its religious significance, and become an appropriate government monument in the process, due to years of “frivolity.” This line of thinking underscores why we should not allow government to co-opt religious monuments. In so doing, government doesn’t honor religion, it systematically secularizes its expression.

The statue can stay because years of “frivolity” have rendered it frivolous, a weird relic that has become just part of the landscape, something regarded with an odd mixture of fondness and mockery. That’s the fate of any established religion.

The GOP lawmaker said he preferred a “negative income tax” system and an expansion of the Earned Income Tax Credit, though Alexander added he opposes these ideas, too — he just sees them as less offensive than a minimum wage.

No, no, no. You can’t just come right out and admit that you want to get rid of all of those things. You’re supposed to feign sorrow that the minimum wage isn’t as helpful to the poor as the negative income tax supposedly would be. You’re supposed to pretend that you favor those alternatives because they’d do more to help the poor, not just fess up to resenting anything of any kind that might allow the working poor to feed and house themselves with any kind of dignity.

You can’t be all, like, “I’m a rich guy, so I want to cut taxes for rich guys.” You have to pretend supply-side economics has some kind of academic credibility, and that you only support the idea because you sincerely believe it’s what would be best for “hard-working people” who earn wages instead of dividends.

6. In 20 years, the NFL team in Washington will have a new mascot and commissioner Roger Goodell’s attempt to defend the name “Redskins” as anything other than flagrantly racist will be a shameful footnote in history.

7. “Why Does Everyone Love Costco So Much?”

“I just think people need to make a living wage with health benefits,” Costco CEO Craig Jelinek told Businessweek. “It also puts more money back into the economy and creates a healthier country. It’s really that simple.” That shouldn’t sound so jarring, but anyone who knows anything about the retail industry realizes that’s a pretty unusual thing to hear a CEO say. Happiness is intangible, but Costco employees are definitely loyal. Earning an average of more than $20 per hour plus benefits (and occasional overtime) they have extremely low turnover once they’ve stayed on for a year.