1. The Dalston House. The Mom from The Cat in the Hat vs. the Man in the Yellow Hat. “I don’t have to outrun the bear …”

2. Ever since the Supreme Court struck down DOMA and Prop 8, the professional fundraisers of the religious right have been warning that Christians will soon be thrown in jail for being anti-gay. This is stupid on at least two levels: First, because not all Christians are anti-gay and, despite their assumptions and insinuations to the contrary, being anti-gay is not a necessary trait or a defining characteristic for Christians. And second because no one wants to throw them in jail, no one is threatening to throw them in jail, and no legal basis exists for anyone doing so. 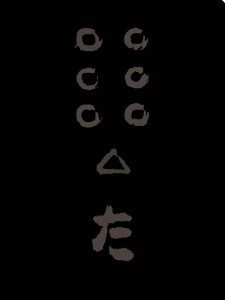 The clearest piece of evidence for that latter point is the continuing freedom of the Rev. Fred Phelps. In 2011, the Supreme Court reaffirmed that Phelps and his Westboro Baptist Church have every legal right to continue their hateful, loathesome “ministry.”  And if Fred Phelps ain’t in jail for being anti-gay, then no one ever will be.

More recently, the White House responded to a series of online petitions calling for the president to officially designate Westboro Baptist as a “hate group.” The White House pointed out that the president isn’t in the business of designating hate groups — he doesn’t have the power to do so and isn’t inclined to try to change that, even in the extreme case of Westboro, whose behavior, the White House notes, is “reprehensible.”

“As a matter of practice, the federal government doesn’t maintain a list of hate groups,” the White House said. “That’s the prerogative of private organizations like the Anti-Defamation League and Southern Poverty Law Center.”

That won’t stop the fundraisers of the religious right from continuing to insist that President Obama is about to designate them as hate groups, or from falsely claiming that their organizations have somehow already been listed as such.

3. When you find yourself praising Vladimir Putin as your ideal moral leader, you’re doing it wrong.

4. Since Friday’s Left Behind post here dealt both with the Two Witnesses and with a trip to Galilee, here are a couple of recent items of related interest. First is James McGrath’s discussion of Lee Harmon’s speculation as to a historical basis (or identity) for the witnesses in the book of Revelation. McGrath finds the idea interesting, but he’s not buying it. Check the post out, though, for a good example of how theologians go about considering such things (and for the awesomely awful “Bible prophecy” artwork of the fire-breathing witnesses). The second item is the news of a weird discovery beneath the waves of the Sea of Galilee:

Initial findings indicate that the structure was built on dry land approximately 6,000 years ago, and later submerged under the water. Prof. Marco calls it an impressive feat, noting that the stones, which comprise the structure, were probably brought from more than a mile away and arranged according to a specific construction plan.

Dr. Yitzhak Paz of the Antiquities Authority and Ben-Gurion University says that the site, which was recently detailed in the International Journal of Nautical Archaeology, resembles early burial sites in Europe and was likely built in the early Bronze Age. He believes that there may be a connection to the nearby ancient city of Beit Yerah, the largest and most fortified city in the area.

That’s a cool piece of archaeological/historical news, but I’m also waiting to see what the End-Times enthusiasts and the “Bible prophecy scholars” will concoct in response to this story. I can see some Ken-Ham-types deciding this is a remnant of the Tower of Babel or evidence of Noah’s Flood. Or some enterprising huckster might decide it’s a kind of Asherah pole and start raising funds to have it torn down lest we risk incurring divine wrath. For folks like Tim LaHaye, John Hagee and Jack Van Impe, I’m sure this will be seen as yet another sign of the imminent End of the World, but how exactly they’ll go about spinning it as such I can’t guess.

5. On a related note about biblical study and the study of history, Paul at Disoriented. Reoriented has a nice overview of the very weak case for a historical interpretation of the story of Exodus (or, if you like, an overview of the very strong case against interpreting the story of Exodus as actual history). And Darrell Pursiful guides us through a discussion of some of the other, non-historical content in our King James Bibles — namely, the bits about unicorns, dragons, satyrs and onocentaurs.

That’s why I would rather say that our strongest and best tradition is a willingness to learn, change, and grow. To be carefully and wisely progressive is — traditional in the best sense.