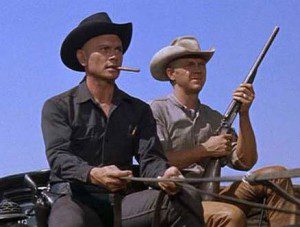 But good news for clueless trolls allied with the philosophy of Mugabe and Putin: They have biblical carte blanche to torment and abuse Mr. Aloysius P. Van Landingham of Prescott, Ariz.

The Bible — or, at least, the Bible as they claim to read it — clearly allows them to condemn Mr. Van Landingham. It allows them to revile him, insult him, torment him, deny his civil and legal rights and deny him access to the sacraments of the church.

(We used to attract a better quality of troll around here. This stuff — taken from comments troll-deposited here yesterday — doesn’t even rise to the level of sophistry, it’s like … froshistry. Prideful, sanctimonious and stupid is no way to go through life, son.)

4. I’ve mentioned before that I’m a big fan of Paul Bibeau’s Goblinbooks blog. His posts have a comic structure that’s a lot harder to pull off than he makes it look. Consider, for example, Pat Robertson, the televangelist who routinely says howlingly awful things. It’s not easy to come up with a fresh way of discussing Robertson at this point, but “A Message From the Terrified People Sitting Next to Pat Robertson” does the trick.

Or think of all that you’ve read in recent weeks about the NSA’s massive surveillance programs. Bibeau’s recent posts purportedly from intelligence chief James Clapper — see “‘We Need to Be the Country We Were Right After 9/11’ by James Clapper” and the hilariously specific “Intelligence Chief James Clapper Answers a Craigslist Missed Connection” — cut to the heart of the matter as deftly as any other commentary I’ve seen.

There’s a formula of sorts, but it’s a good formula, and it all starts with an aptly chosen absurd premise. With his latest post, though, the absurd premise is too audacious to re-enact — it can only be described: What if the United States of America is nothing more than an elaborate Andy Kaufman-style prank that got out of hand? Follow the logic and it almost seems logical. And the final two sentences, I think, say something darn near profound — about America, or about jokes, or both.

5. James McGrath shares a short video of “N.T. Wright and James Dunn on the New Perspective on Paul.” I don’t like that term “new perspective,” because it’s misleading. The so-called new perspective isn’t new at all, but serves to correct a centuries-long mistake. That mistake was a genuinely new thing — a wrong turn that led theology astray, while the so-called “new” perspective is simply an attempt to get us back on course.

I suppose this may sound dry, and the video — a couple of old white theologians talking — might seem dry. But this is actually explosive stuff. It explains, for example, why Martin Luther’s anti-Semitism can’t easily be dismissed as an unfortunate incidental personal failing. Wright and Dunn accentuate the positive, emphasizing the aspects of Pauline theology that the new perspective helps us to understand. And they downplay the negative, with Dunn urging us not to understand any of this as meaning that “Luther got it wrong.” He doesn’t want to say that, so instead he says that there are a host of things Luther didn’t get right which need to be corrected. I’m not sure I follow that distinction.

6. Will Campbell died last month. Campbell is one of those people it seems as though I ought to have read, but I’ve never actually read anything by him. I may have to correct that. “We’re all bastards. But God loves us anyway,” Campbell said. That’ll preach.

Bonus: He liked to quote Ezekiel 23:20 — the dirtiest verse in the Bible. And how can you not be intrigued by a guy who said things like this:

True soul freedom can never be found in any institution. If they will pay you, let them. I did it too. But never trust them. Never bow the knee to them. They are all after your soul. Your ultimate, absolute, uncompromising allegiance. Your soul. All of them.

More on Campbell here and here. If you’ve read Will Campbell’s stuff, where would you recommend I start?

7. Let me add my congratulations to David and John!