Bebbington, schmebbington: Evangelicals’ politicized animosity to gays and women is not a media invention

At the Christian Century, Dennis Sanders echoes Skye Jethani’s contention that evangelical hostility to LGBT people is an exaggeration — a media creation resulting from disproportionate attention given to the loud voices of “politically rabid evangelicals” who “fit the narrative advanced by the news and entertainment media.”

It’s certainly true that we’re not all like that — that all of us white evangelicals are not “politically rabid” right-wingers obsessed with anti-feminist and anti-gay activism. But Jethani’s claim that such evangelical rabidity is nothing more than a “myth” simply doesn’t hold water. 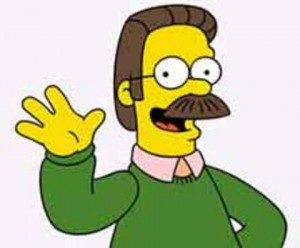 Because some of us are like that. And white evangelicals who are like that are completely secure in their place within the subculture. They get speaking gigs, tenure, book deals and constant affirmation from throughout the larger white evangelical community. Their standing within the tribe is unquestioned, unchallenged and  not “controversial.” But those of us who aren’t like that are, at best, treated as “controversial” and only semi-legitimate members of the tribe. We aren’t usually even allowed to say that we’re part of us.

Just look at the lines drawn here at Patheos. Owen Strachan — a rabidly anti-feminist and anti-gay, politicized culture-warrior — is comfortably welcomed into the evangelical channel. So are David and Nancy French and that poor kid who blogs for the Manhattan Declaration. But John Shore isn’t allowed in that club. Tony Jones keeps getting kicked out and fighting to be reinstated. And even St. Francis Schaeffer’s own kid doesn’t make the cut.

The tribe draws its own boundaries. That’s done by the gatekeepers within the tribe — not by some conspiratorial “narrative advanced by the news and entertainment media.”

Those rabidly political types who claim to represent all of white evangelicalism are allowed to do so. The tribal gatekeepers never refer to Tony Perkins or James Dobson or Pat Robertson as “post-evangelical” conservatives. Yet folks like Brian McLaren or Jay Bakker are routinely classified as no longer legitimate members of the tribe.

The message there is clear: Rabidly political evangelicals who revile LGBT people in the most vicious terms remain welcome in the tribe. Bible-quoting, Jesus-loving evangelicals who refuse to condemn LGBT people have crossed a boundary and are no longer welcome. The news and entertainment media did not create that boundary, the tribal gatekeepers did.

Sure, there are plenty of white evangelicals who aren’t rabidly anti-gay — millions of Very Nice People like those described by Dennis Sanders and Skye Jethani. If folks like that encounter an LGBT person, they will be personable and kind. Very Nice evangelicals like that would happily welcome LGBT people to their table and offer them the shirt off their backs. And as long as those folks — like Ned Flanders, or Ed Stetzer, or Ron Sider, or Skye Jethani — don’t go any further than such Very Niceness, they will be permitted to remain as members of the evangelical tribe in good standing.

But if any of them took another step — arguing that niceness isn’t the same as justice, and that LGBT people ought to be recognized as fully equal members of society and of the church — then they would quickly be branded “controversial,” and be cast into the outer darkness with McLaren, Bakker, Rob Bell and the wretched mainline Protestants.

Jethani’s “it’s a myth” spin can’t account for the aspects of evangelicalism that exist independent of, unnoticed by and unreported on by any of the “news and entertainment media” he wants to blame for them. Consider the angrily anti-gay Defenders of the Authority of Scripture who troll the comment sections of blogs like this one or who fire off hate-mail when Rachel Held Evans endorses unconditional love for gay children. Or consider the casual cruelty that Registered Runaway writes about here, or stories like this one, or experiences like this and like this and like this, or the continuing “mainstream” respectability of venomously hateful publications like Charisma magazine.

Those are all organic aspects of the white evangelical subculture. They are not creations of some outside media narrative.

Or, to put it another way: Here is Jason Micheli’s response to the Supreme Court rulings on marriage equality. Here is James Dobson’s response. One of those men is an evangelical icon, was the subject of a hagiographic Christianity Today cover story, and his books can be found in the homes of millions of white evangelicals. The other is not regarded as an evangelical at all, even though he’d fit any Bebbington-style theological definition anyone would care to use.

Such theological definitions don’t matter. You will never be branded as “controversial” or banished from the evangelical tribe for insufficient biblicism. Or because your enthusiasm for crucicentrism, conversionism or missional activism is regarded as suspect. But if you’re feminist or pro-gay, you’re out. Do not pass Go, do not collect $200.

Bebbington, schmebbington. The tribe defines itself: An evangelical is a white Protestant who opposes legal abortion and homosexuality. Period.

July 12, 2013 8 years ago: Creationism Snapshot No. 4: Sunrise in Samaria
Recent Comments
113 Comments | Leave a Comment
"Hot off the presses: "Lochner-esque ‮retsnoM‬‎"THIS WEEK INSIDE THE BIG TENT:① It's time to accept ..."
Turcano Jan. 21 Flashback: Pushing down on ..."
"The cycling of Music really hit me one day watching a Simpsons re-run. It was ..."
Cobalt Blue Still a ways away
"Old quip, I forget who said it and to whom: "Your sermon was divine, for ..."
яовэят ёскэят Still a ways away
"Boddhisattvas are the guys who have achieved enlightenment but choose to come back to Earth ..."
Jenny Mingus Still a ways away
Browse Our Archives
get the latest updates from
slacktivist
and the Patheos
Progressive Christian
Channel
POPULAR AT PATHEOS Progressive Christian
1