2. The Field Negro highlighted this story about a retired firefighter in Arizona charged with DUI/DWB:

Drunk driving is a serious problem in the United States, impacting many thousands of Americans every year, and so is racism. The two issues converged recently during a routine traffic stop of 64-year-old retired firefighter Jessie Thornton by police officers in Surprise, Arizona.

The motorist was handcuffed and taken into custody. Thornton submitted to a Breathalyzer sobriety test and blew a 0.000 blood alcohol content.

Thornton was eventually free to go, but not before his car had been impounded and the Arizona MVD had been notified of the DUI charge.

… Thornton was eventually free to go, but not before his car had been impounded and the Arizona MVD had been notified of the DUI charge, which resulted in a notification that his driver’s license was being suspended and he would be required to attend “some sort of drinking class or something.”

3. I’m trying to verify the veracity of this (awful) quote: “If a woman grows weary and at last dies from childbearing, it matters not. Let her only die from bearing; she is there to do it.” 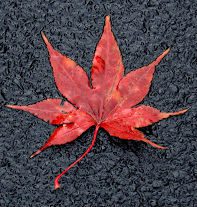 I’ve seen this attributed to Martin Luther, but never with a specific source cited. Earlier citations of the remark attribute it to Luther’s associate and friend, Philip Melancthon, but those also don’t say where Melancthon allegedly wrote this.

Until I find a more tangible source, I’ll lean toward viewing this quote as not legit — as a misattribution or a fabrication. If it is such a mistake, then it’s an old mistake, since this has been around since the 1870s, but that’s still more than three centuries after Melancthon died.

The recent cases of Beatriz in El Salvador and Savita Hallapanar in Ireland show that the ideology expressed in this quote is all too real, but what about the quote itself? Who said it? Where?

Anybody have any more evidence or insight about this?

4. The Chamber of Commerce and big corporations all pay lip-service to the claim that they are capitalists and that they believe in free markets and free enterprise. They don’t. And they make it obvious every day that they don’t.

Why? Because they’re always asking people to work harder for the same pay.

That’s some kind of Commie-pinko socialist logic right there. Or maybe some kind of feudal mentality. If you’re truly a capitalist and you want your workers to work harder, you offer to pay them more. That’s how free markets work.

If you’re really a capitalist and you want your workers to make more bricks, then you know — because you’re a capitalist — that this means you’ll have to pay them more. And if you want them to make bricks without straw, that’ll cost extra.

The ersatz “capitalists” whining about an imaginary “skills gap” do not believe in free markets.

That quote is from 1 Corinthians, which was an epistle, not a sermon to “the crowds,” and it was written by Paul, not Jesus. So that’s a pretty embarrassing error from someone like David Brooks, who likes to moralize about the “Judeo-Christian tradition.”

But it’s not as embarrassing as the reaction from people like Michael Peppard, who called this this “the most ironic fact-checking oversight in the history” of The New York Times.

It’s 2013 and Peppard is only just now realizing that the Times does not fact-check David Brooks’ columns? If Peppard thinks that this particular factual error in a Brooks column is unprecedented or even unusual, he hasn’t been paying attention.

6. Couldn’t President Abraham Lincoln just have bought all the slaves? “No, Lincoln Could Not Have ‘Bought the Slaves.’” “America’s Slaves Were More Valuable Than All Its Industrial Capital Combined.”

7. “Sometimes the creationist theories are so bizarre that you have to wonder if they’ve thought things through,” vorjack writes, pointing us to a fascinating Conservapedia entry on the “Post-Diluvian Diaspora.” That, apparently, is the attempt to make a smart-sounding name for The Long March of the Koalas.