Texas’ Gov. Rick Perry has signed into law a bill to restrict abortions in the state.

The new law has been cheered by religious groups who say they favor “biblical” morality when it comes to abortion. But a closer look at this law shows that Texas now stands in brazen contradiction to the Bible’s clear instructions regarding abortion. This law is incompatible with what the Bible commands in at least five ways:

The Bible is very clear: All abortions must be performed by a priest.

I suppose it’s technically possible that some priests may also be licensed doctors with admitting privileges at Texas hospitals, or that some such doctors may also be priests. But that seems unlikely. The vast majority of priests are not doctors and the vast majority of doctors are not priests. In most cases, therefore, Texas is permitting unbiblical abortions and forbidding biblical abortions. 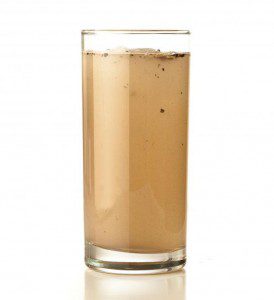 2. The new law greatly limits the type of facility in which abortions may be performed, likely ruling out most churches and synagogues.

3. Texas requires all abortions to be performed in facilities that meet the strict standards for ambulatory surgical centers.

That means it cannot be possible for the doctor performing the abortion to “take some of the dust that is on the floor of the tabernacle.” Without dust, what is this doctor supposed to mix with the holy water to produce the “water of bitterness that brings the curse”? It’s simply not possible.

This aspect of Texas’ statute clearly prohibits what God commands in the Bible.

This is problematic. The biblical instructions include no such time limit or provision for escape from the instituted abortion. This would allow unfaithful wives to deceive their husbands a second time by concealing their pregnancies until past the 20-week limit. That would put their husbands in the untenable position of having to choose between violating Texas law in order to obey God, or obeying Texas law by disobeying God and not bringing their wives to the priests for the abortions commanded in the Bible.

And that, of course, brings us to the final, most damning aspect of Texas’ unbiblical law.

I appreciate that Texas’ lawmakers tried their best to live up to the spirit of the verse that follows that one: “The man shall be free from iniquity, but the woman shall bear her iniquity.” The Texas law’s emphasis on forcing every wicked, wanton woman to “bear her iniquity” certainly does align with the basic principles outlined in the biblical instructions for holy abortions. Indeed, it could be said that this emphasis on punishing women is the central feature of Texas’ law — borrowing from the text the presumption of guilt/harlotry (apart from miraculous intervention as proof of innocence).

But the details of Texas’ law violate so many of the details of the biblical instructions that I cannot see how any truly biblical Christian can support or endorse this law.

If you believe in the Bible, then abortion is never an option — it’s a requirement. And it must be performed by a member of the clergy in the house of God, just as the Bible says.

If you’ve got a problem with that, don’t argue with me — your real argument is with the literalistic clobber-text hermeneutic and what it says we must say the Bible says.

July 23, 2013 5 years ago: On the line
Recent Comments
286 Comments | Leave a Comment
Browse Our Archives
Related posts from slacktivist