A long time ago in a final frontier far, far away …

Time to clear out the bookmarks with another round-up of random geekery. This time we’re looking at the stars, which is to say at Star Wars and Star Trek (plus a bunch of Doctor Who stuff too).

• Scientists studying sand formations in the Sahara are learning a lot by investigating the formation of barchans — big, crescent-shaped, migrating dunes. And they’re doing this on Tatooine — at Mos Espa, boyhood home of the young Anakin Skywalker. 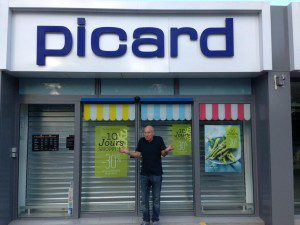 • “I never noticed, not once, that the entire time, Riker was stepping over chair backs like some kind of maniac and making it look perfectly natural.”

• “The Gospel According to Doctor Who”

• “Creating a path for immigrants to become taxpayers is logical. LLAP.”

• The TARDIS in ancient Utah, in Alaska, and in your kitchen.