‘Just a longing gone without a trace’

“A San Francisco man was acquitted Thursday of breaking into his ex-fiancé’s house and assaulting her new lover before getting sprayed with bear mace by a shirtless neighbor.”

“A potent mixture of fart spray and deer repellent intended to be a prank turned serious Wednesday when more than a dozen campers from the Christian run Camp Wo-Me-To in Jarrettsville, Md., had to be decontaminated while six were hospitalized due to physical reactions.”

“A detailed set of clinical case-notes compiled in an asylum by an expert who has conducted years of interviews and research, and yet somehow never figured out that he, himself, is also a patient there.” 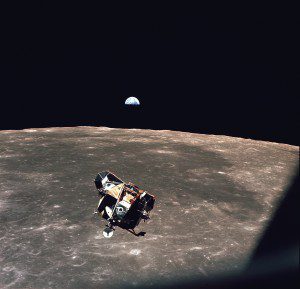 “Michael Collins is the only human being, living or dead, not in the frame of this picture.”

“If the Church is a continuation of the Incarnation, and if the Church and Christ are where the oppressed are, then Christ and his Church must identify totally with the oppressed to the extent that they too suffer for the same reasons persons are enslaved.”

“Creationism, which began life as a religious belief, has become a political agenda all about domination. It is not so much naivete as it is need to rule.”

“The pressing issue before evangelicalism is not to formulate longer, more complex, more subtle, and more sophisticated defenses of what we feel God should have done, but to teach future generations, in the academy, the church, and the world, better ways of meeting God in the Scripture we have.”

“It never fails to utterly astonish me that, even with all of my familiarity, even with all the Sword Drills and the Memorization Contests and AWANA and the constant stream of ‘the Bible says…’ that I really had no idea what it actually says.”

“Inerrantists disagree greatly about what the Bible inerrantly teaches.”

“These are the kind of words that could inspire you to a great principle — or a psychotic one.”

“There is or was (I’m not sure of the proper tense) a bar in the valley called Residuals — a place where actors and writers could congregate and drink their checks. If you brought in one for under a buck, they’d give you a beverage in exchange and then put the check up on the wall.”

'I hope that this is real'
slacktivist
Related posts from slacktivist