1. Read the bullet-points from this Family Research Council fundraising letter. There are eight of them. Seven of those eight are lies. Not errors. Not controversial statements. Not descriptions or assertions of one side of a partisan dispute. Simple lies. Lies knowingly told in the hopes of frightening the fearful into sending more money. 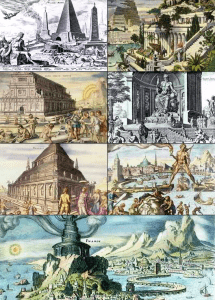 2. Language Log takes a look at the etymology of the pejorative suffix -bag. The main theory seems to be that it objectifies by reducing the other to a mere receptacle. This has me thinking back to middle school and wanting this to be a series exploring the etymologies of other pejorative suffixes: -wad, -weed, -wipe, -pants, -head, -heimer, etc.

5. Doug Muder on the for-me-but-not-for-thee right-wing reinvention of “religious liberty”:

To make this work, conservative Christians need to divert attention from the people they are mistreating by portraying themselves as the victims. And that requires cultivating a hyper-sensitivity to any form of involvement in activities they disapprove of. So rather than sympathize with the lesbian couple who gets the bakery door slammed in their faces, the public should instead sympathize with the poor wedding-cake baker whose moral purity is besmirched when the labor of his hands is used in a celebration of immorality and perversion.

There’s a name for this tactic: passive aggression.

6. Scott McKnight has a lovely series going about the parables of Jesus (start here).

Jesus told parable after parable, and the parables are not just illustrations. Parables are fictional stories depicting an alternative world. The essence of his parables probe into this mindset he wants from his followers: Imagine a world like this. The story, the parable, takes you into its world where you will encounter a short or a little longer sketch of a reality, of a world, of what the world could be — if people were to live like this. The parable invites you into an imagined world.