1. Joel Duff shows why the “flood geology” of young-Earth creationism is a big pile of poop by reminding us of what the fossil record actually shows about, well, big piles of poop. (via RJS)

2. Here’s one way to avoid having to listen to women or to respond to anything they actually say. Not a very original technique, though. Older than Salem.

3. Looking for images of the “Seven Seals” from Revelation, I stumbled onto this deliriously strange website — strange even by the standards of strangeness in the “Bible prophecy scholar” universe of strange. I’ve read a lot of premillennial dispensationalist hooey, but this is the first time I’ve ever encountered the theory that “the whore of Babylon” in John’s apocalypse refers to the element fluorine. 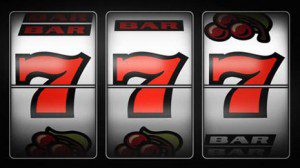 I’m going to go out on a limb and suggest that this was probably not what John of Patmos had in mind.

4. I’ve seen other positive reviews of the YouVersion Bible app, but this one from Paul Fidalgo at Friendly Atheist stands out (partly because it’s funnier than most of the others).

I have to say, though, that the name is still an obstacle for me. “YouVersion” just calls to mind that awful “Personal Promise Bible” and the mentality that produced it. If you’re looking for a YouVersion, you’re doing it wrong.

5. Valley National Bank was apparently swallowed up by Bank One, then eaten by Chase, but thanks to Consumerist and YouTube, their employee pep song lives on.

Corporate team songs are one way to promote good morale. Another strategy might be a living wage, decent benefits, competent training, and bosses who care enough about the quality of the work itself to allow us to make rocking chairs we can be proud of. But that’s just crazy talk.

6. I’m so old that I can remember when the American Life League’s agenda of outlawing contraception and opposing all sex not explicitly intended for procreation made ALL a fringe group avoided by most other anti-abortion organizations. Not any more. Nowadays that makes them a trend-setter.

August 19, 2013
GOP congressman calls for legalization of marijuana
Next Post