One of the big themes in the current Republican ideology is the idea that those people — the 47 percent, the blahs, the moochers and takers and illegals — are criminal. 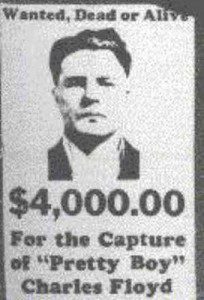 Black voters are therefore treated as guilty-until-proven-innocent of mythical voter fraud. Medicare isn’t a lifeline for American seniors, but rather a hotbed of fraudulent criminality. Every form of anything that can be called “welfare” — from food stamps to unemployment benefits — is denounced as a hand-out to frauds who are only pretending to be poor or pretending to be sick or pretending to be unable to find work.

That’s why it was so startling to hear one right-wing Republican member of Congress tell his constituents that there is no such thing as voter fraud or Medicare fraud or welfare fraud. Even more surprisingly, this conservative congressman called for the legalization of marijuana and prostitution, and for the immediate release of Bradley Manning.

He didn’t say it in so many words, of course, but what else are we to make of this statement from Rep. Tom McClintock, R-Calif.?

For a criminal practice there has to be a gun. It’s pretty simple.

McClintock didn’t really mean to suggest that Timothy McVeigh and O.J. Simpson weren’t guilty of crimes. Nor did he apparently really mean to say that smoking marijuana shouldn’t be a crime, or that there is no such thing as Medicare fraud or voter fraud.

Or maybe just because they’re his biggest donors.

Yes, as through this world I’ve wandered
I’ve seen lots of funny men;
Some will rob you with a six-gun,
And some with a fountain pen.