The theology of assholes: More on ‘the insolent and sicklily squeamish mind’ of The Gospel Coalition

The theology of assholes: More on ‘the insolent and sicklily squeamish mind’ of The Gospel Coalition August 22, 2013 Fred Clark

Everybody has one. I have one. So do you. So’s your mother.

Jesus had one. Adam and Eve both had them, even before the Fall. 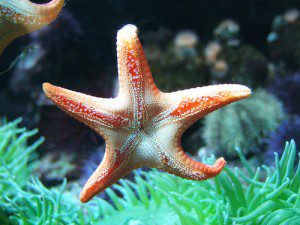 God made them. And “God saw everything that God had made, and indeed, it was very good.”

So if you’re skeeved out by the existence of assholes — if you wish you didn’t have one, or if you wish that other people didn’t have them or didn’t use them — then you’ve wandered into the realm of Bad Theology.

Anyabwile’s theology cannot accept incarnation — Christ’s, or his own, or anyone else’s. That leads him into heresy, but it also leads him to behave hatefully toward other people. As Richard Beck correctly says, Anyabwile “attempts, unapologetically, to elicit and then direct feelings of revulsion and disgust toward gay persons.”

His inability to accept his own body or the bodies of others will inevitably distort Anyabwile’s Christology, and his doctrine of creation, and his doctrines of sin, redemption and resurrection. That ought to be troubling for him and his friends at “The Gospel Coalition,” which fancies itself as a kind of guardian of correct doctrine. I don’t think perfectly correct doctrine and perfectly accurate understanding of God is possible, so the heresies deriving from Anyabwile’s revulsion at the physical world doesn’t worry me as much as the way that revulsion causes him to violate the Golden Rule and to treat other people abominably.

Even worse, Anyabwile is trying to use his position as a “spiritual” leader to convince his followers to treat other people abominably.

That’s despicable behavior on his part, and it raises the chicken-and-egg question about the relationship between orthodoxy and orthopraxy. Is Anyabwile’s rejection of a Christian understanding of incarnation causing him to treat others hatefully? Or is treating others hatefully causing Anyabwile to reject the Christian understanding of incarnation?

A bit of both, probably.

I hesitated at first to use the above title for this post, but eventually realized it was necessary and unavoidable. In defending the use of the term, let me defer to D.H. Lawrence.

Lawrence’s words here also serve, I think, as a good rejoinder to Anyabwile:

The word arse is clean enough. Even the part of the body it refers to is just as much me as my hand and my brain are me. It is not for me to quarrel with my own natural make-up. If I am, I am all that I am. But the impudent and dirty mind won’t have it. It hates certain parts of the body, and makes the words representing these parts scapegoats. It pelts them out of the consciousness with filth, and there they hover, never dying, never dead, slipping into the consciousness again unawares, and pelted out again with filth, haunting the margins of the consciousness like jackals or hyenas. And they refer to parts of our own living bodies, and to our most essential acts. So that man turns himself into a thing of shame and horror. And his consciousness shudders with horrors that he has made for himself.

That sort of thing has got to stop. We can’t have the consciousness haunted any longer by repulsive spectres which are no more than poor simple scapegoat words representing parts of man himself; words that the cowardly and unclean mind has driven out into the limbo of the unconscious, whence they return upon us looming and magnified out of all proportion, frightening us beyond all reason. We must put an end to that. It is the self divided against itself most dangerously. The simple and natural “obscene” words must be cleaned up of all their depraved fear-associations, and readmitted into the consciousness to take their natural place. Now they are magnified out of all proportion, so is the mental fear they represent. We must accept the word arse as we accept the word face, since arses we have and always shall have. We can’t start cutting off the buttocks of unfortunate mankind, like the ladies in the Voltaire story, just to fit the mental expulsion of the word.

This scapegoat business does the mind itself so much damage. There is a poem of Swift’s which should make us pause. It is written to Celia, his Celia — and every verse ends with the mad, maddened refrain: “But — Celia, Celia, Celia shits!” Now that, stated baldly, is so ridiculous it is almost funny. But when one remembers the gnashing insanity to which the great mind of Swift was reduced by that and similar thoughts, the joke dies away. Such thoughts poisoned him, like some terrible constipation. They poisoned his mind. And why, in heaven’s name? The fact cannot have troubled him, since it applied to himself and to all of us. It was not the fact that Celia shits which so deranged him, it was the thought. His mind couldn’t bear the thought. Great wit as he was, he could not see how ridiculous his revulsions were. His arrogant mind overbore him. He couldn’t even see how much worse it would be if Celia didn’t shit. His physical sympathies were too weak, his guts were too cold to sympathize with poor Celia in her natural functions. His insolent and sicklily squeamish mind just turned her into a thing of horror, because she was merely natural and went to the WC. It is monstrous! One feels like going back across all the years to poor Celia, to say to her: It’s all right, don’t you take any notice of that mental lunatic.

And Swift’s form of madness is very common today. Men with cold guts and over-squeamish minds are always thinking those things and squirming. Wretched man is the victim of his own little revulsions, which he magnifies into great horrors and terrifying taboos. …

(From “Introduction to Pansies,” 1929, in D.H. Lawrence: Selected Critical Writings.)

August 23, 2013 2 years ago: Heart and Soul
Recent Comments
52 Comments | Leave a Comment
Browse Our Archives
get the latest from
slacktivist
Sign up for our newsletter
POPULAR AT PATHEOS Progressive Christian
1