1. “There’s a certain beauty in anyone doing anything about as well as it can possibly be done,” Mark Evanier writes in a fine post on the great Vin Scully, who will be returning next year for his 65th season as the voice of the Dodgers. That same statement could just as easily describe a more recent post from ME — with video — about the terrific moment in which Kristin Chenoweth picked a volunteer from the audience to sing with her. That volunteer, music teacher Sarah Horn, nailed it.

Chenoweth is a fantastic singer and performer (see this, for example), but seeing her sing beautifully doesn’t bring a lump to the throat the way it does when we see someone unexpectedly come through like Susan Horn or David Tolley or Susan Boyle or Michael Pollack did. Regarding his return for another season as the soundtrack of summer, Vin Scully said, “I have always felt that I am the most ordinary of men who was given an extraordinary break of doing what I love to do at an early age.” It’s always beautiful to see someone given such a break and making the most of it. 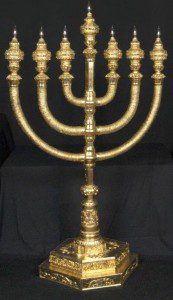 2. “The Battle of Blair Mountain is one of the least known major events in American history,” Erik Loomis writes in Sunday’s installment of his “This Day in Labor History” series. I had never read about this before, and perhaps you haven’t either — that’s by design, not by accident. Chris Hedges wrote about the Battle of Blair Mountain last year. Here are some amazing newspaper photos from the uprising. (For another taste of little-known American history, see also Loomis’ post on visiting the grave of Henry Clay Frick, American super-villain.)

3. Here’s a horrible, if all-too predictable story, about NSA agents abusing their access to spy on and stalk their ex-girlfriends. Paul Bibeau of Goblinbooks notes that reality is outpacing his best efforts to make fun of it. But screenwriters take note: what you’ve got here is the basis for a heart-pounding Hollywood thriller with all the conventions of a innocent underdog vs. shadowy powers story — and at the same time a subversive vehicle for a pointed critique of unaccountable government surveillance and of misogynist rape culture.

4. Evangelism is hospitality. Inhospitality is the opposite of evangelism. The Ridgedale Church of Christ may be in Ridgedale, Tenn., but every other word in its name is a damnable lie.

Y’all may think I’m copping out, but with my Christian faith, it’s hard for me to say that I’m gonna divide these families up. … Bring ’em into our system. Give them legal status. They will pay Social Security. They’ll work hard. […]

I’ll tell you this, as your congressman, I am not gonna separate families or send them back.

Good for him. Immigration reform has everything to do with hospitality. Given Bachus’ reference to “my Christian faith,” the congressman’s remarks also has quite a bit to do with evangelism. Atrios’ response to Bachus shows, again, that inhospitality is a form of anti-evangelism: “Spencer Bachus doesn’t have the best record on this stuff, but kudos at least for him deciding that maybe he doesn’t want to be a total a–hole.”

6. Corey Robin notes the passing of Jean Bethke Elshtain: “Many people were fans of her work; I was not.”

August 26, 2013
Good morning, here's a picture of a donkey in pants
Next Post