1. David Sessions, Libby Anne and Doug Muder all have perceptive things to say about the immensely creepy Stephen Baskerville’s recent lecture at the right-wing Christianist Patrick Henry College. Baskerville attempts to paint an intellectual and spiritual veneer on his subject, but you’ll recognize the misogyny and rape-apology as the same “men’s rights” garbage you’ve seen parroted by 10,000 interchangeable Internet trolls. 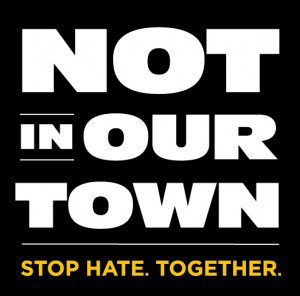 2. “It seems important not to dwell on the fact that Sikhs are not Muslims,” said Amardeep Singh after a mob shouting anti-Muslim and anti-Arab slogans attacked and beat a Sikh professor in New York. “For one thing, the attackers may not care that much one way or the other. But more importantly, one doesn’t want to sanction hateful speech or violence against any vulnerable group based on ‘correct’ identification.”

4. “Why do so many Americans live in mobile homes?” the BBC’s Tom Geoghegan asks. Geoghegan notes that “in reality mobile homes are never really very mobile,” but he doesn’t consider what that entails — a market failure that prevents competition from putting any downward pressure on the rent and fees charged by the land-owners who control these parks. Apart from that rather large hole, Geoghegan offers a good overview of the neighborhoods that 20 million of our neighbors call home.

5. I’ve never really understood the supposed appeal of “Pascal’s wager,” which seems unlovely in its lovelessness and appeals to a fairly stunted reward-seeking/punishment-avoiding framework. I prefer Rieux’s wager, which is less Christian, but more Christ-like, I think.

6. Sometimes, occasionally, I can be reachable and teachable:

7. David Neiwert on “Why It’s Important for Communities to Confront Nazis“:

Haters and racists thrive in darkness, and they thrive on silence. They look for approval from whatever source they can muster. For them, silence equals tacit approval.

But paying attention to haters and, moreover, standing up to them requires both constant vigilance and a keen awareness of the dangers inherent in doing so. In my experience, the best response it to make a complete mockery of them, as a crowd of counter-protesters did several years ago in Olympia. …

The important thing, though, is for these communities to be able to stand up and say “Not In Our Town.” And this time it was successful.

There are more things to admire in people than to despise. You betcha.