‘We’re here to sow some words’

“Here’s the route I imagined Rocky took: His house on Lambert to Passyunk, which he took all the way down to South Street. Then Fourth to Callowhill to Delaware Avenue … to Beach Street to Richmond to Schirra and back to Beach, which dead ends to a spot to sneak on to the train tracks.”

“If a possum takes up residence in your shed, grab a barbecue brush to coax him out. If he doesn’t leave, brush him for 20 minutes and let him stay.”

“How does a student from a country in which a third of the population is nomadic, living in round white felt tents called gers on the vast steppe, ace an M.I.T. course even though nothing like this is typically taught in Mongolian schools?” (via Jay Lake)

“To put that in perspective, imagine a ten-kilometer (6.2 mile) wide gorge, up to 800 meters (0.5 miles) deep, running from the Southern coast of England and into Scotland.” 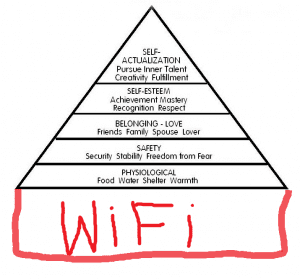 “So, we have to go to the Bible, and the Bible speaks about dragons.”

“If you all don’t repent, then this is the kind of survivalist garbage you will be reduced to eating during the coming siege.”

“Much of this book you slurp in like theological tea, only to feel the burn on the back of your throat when you realize it’s theological tequila.”

“When faith is completely replaced by creed, worship by discipline, love by habit; when faith becomes an heirloom rather than a living fountain; when religion speaks only in the name of authority rather than with the voice of compassion — its message becomes meaningless.”

“Those who love sausage and the scriptures shouldn’t watch either of them being made.”

“It’s a classic setup: making you feel acute pain about a problem you sort of knew you had, then presenting a rosy solution that involves buying [stuff].”

“Enough with calling people ‘losers.’ It’s a signpost on the road to becoming lost.”

“Unlike regular URL shorteners, which generally do not interfere with the ability of Google and others to count links, Do Not Link takes several steps to make sure the link will not be counted.”

“I lived to see the day when the pope and the president of Iran are more doctrinally flexible than the GOP.”

“Thank you for playing, Senator.” “Playing what?”

“How to help in Syria”